Franca Sozzani had created something that is not just about fashion. She started a movement, and crafted something that goes deeper and wider than just within the constraints of the society’s fashion journalism. Franca championed Italian fashion in Vogue Italia, which she held the position of editor-in-chief for 28 long years, before she sadly passed away last December 2016. She was known for her style of communicating powerful, controversial imagery in the magazine. Withal nurturing the careers of then-emerging photographers, giving them the freedom of expressing their wild creativity and imagination.

The Franca Sozzani Award, the first award in her name, was bestowed to Julianne Moore during the Venice Film Festival awards last Friday night. Family and close friends gathered and celebrated the editor-in-chief extraordinaire, of where Donatella Versace also gave a speech honoring the late Franca Sozzani.

When asked in an interview with Harvey Nicols on why fashion is so important to Italians, Franca denotes,

“Italian fashion is about creativity. We are such a small country, yet we have a high concentration of the world’s biggest brands, which is all down to creativity and quality. There’s such an emphasis on quality because we know how to produce. All around Italy we have manufacturers who create fashion of the highest quality, it’s a part of Italy. Every region has a speciality, which is really quite extraordinary.”

Her contribution to fashion lives on today, and surely, in generations to come. But she’s not your typical “fashionista” just because she was the legendary editor-in-chief of Vogue Italia. She believed so much in the powerful difference between fashion and style. And one can say that Franca Sozzani’s style was consistent, backed by intellectual cultural reference. In order to understand, we’ve come up with a few classifications of the late Franca Sozzani’s impeccable style to share with you: 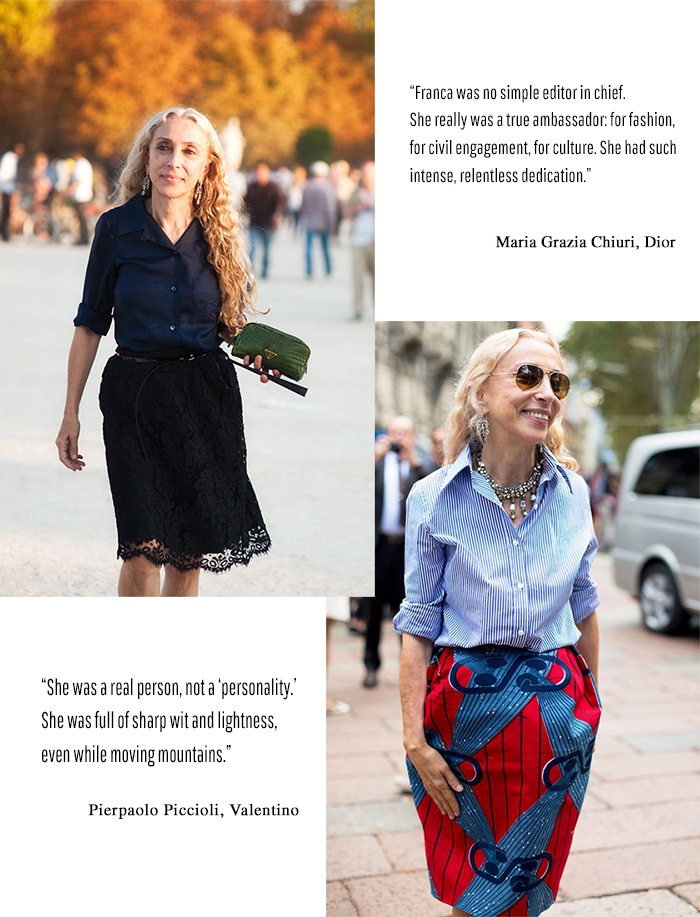 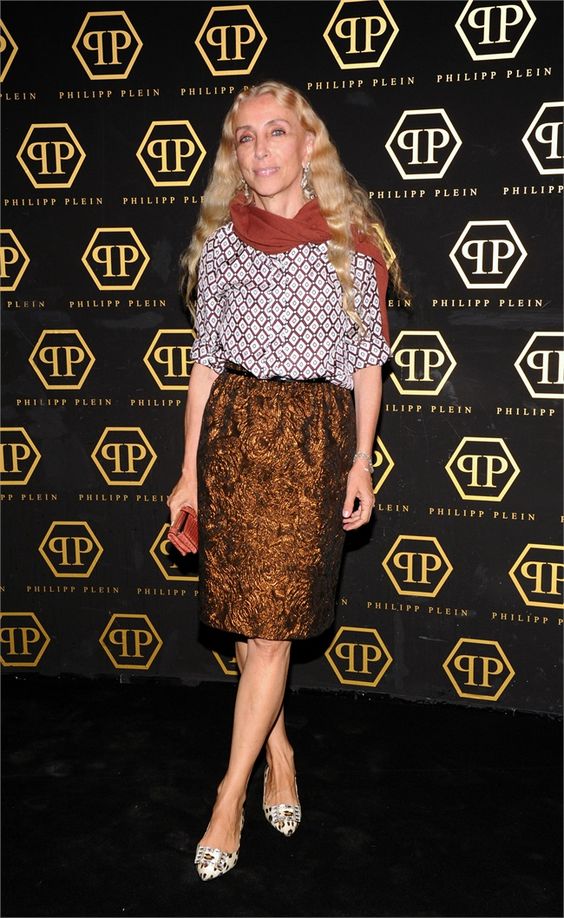 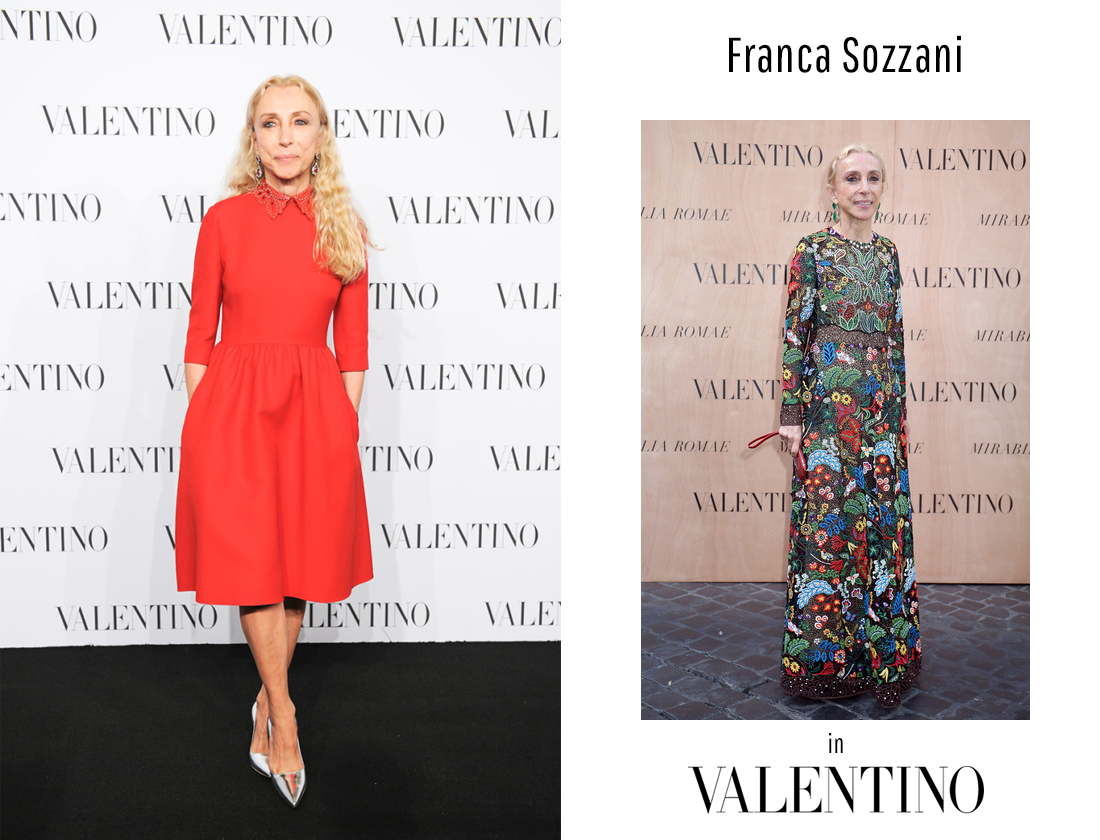 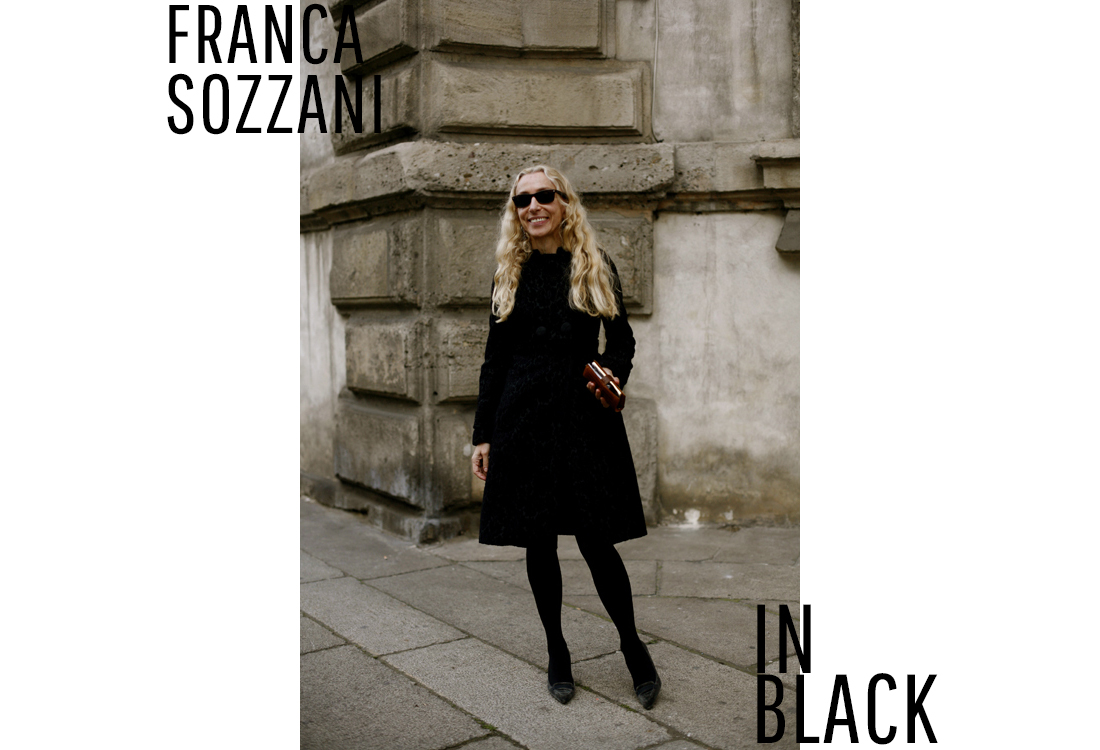 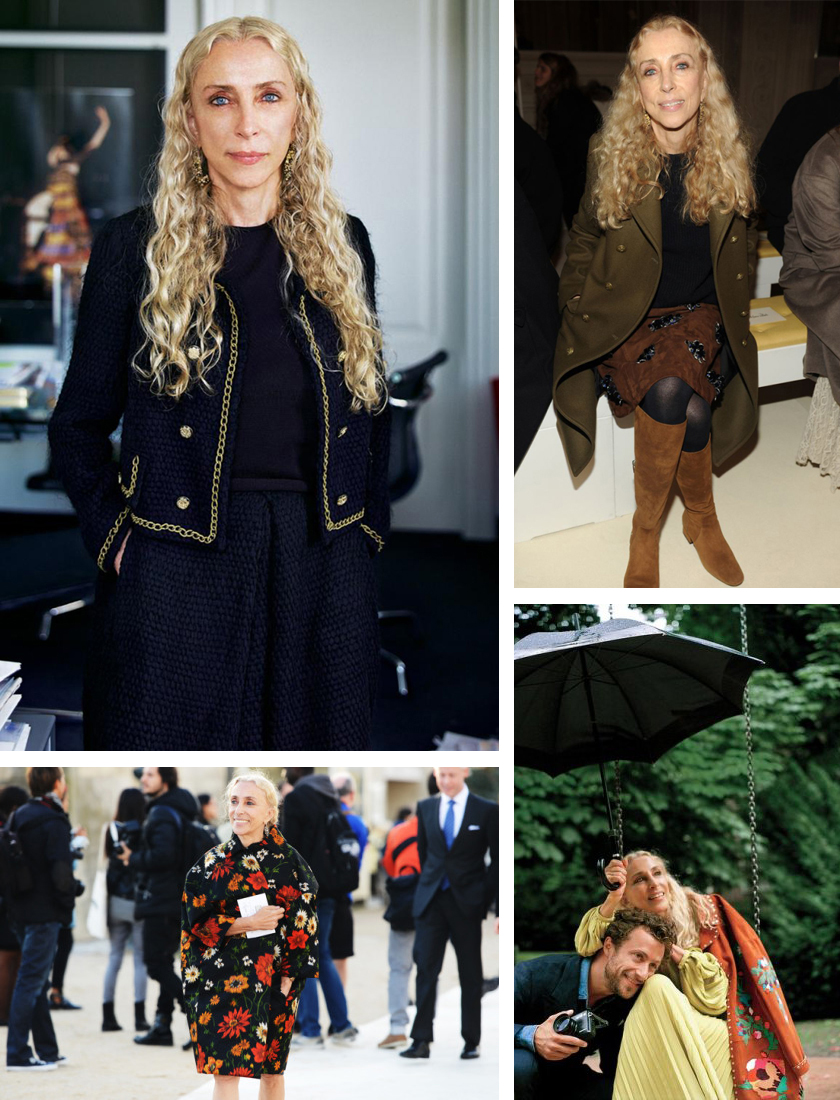 Thank you, Franca Sozzani. You will never be forgotten.