This spring there is an ever increasing rise of casual wear making it quite clear that luxury men’s style has evolved. We’re seeing relaxed fits, contemporary silhouettes, unstructured suiting and sporty details. 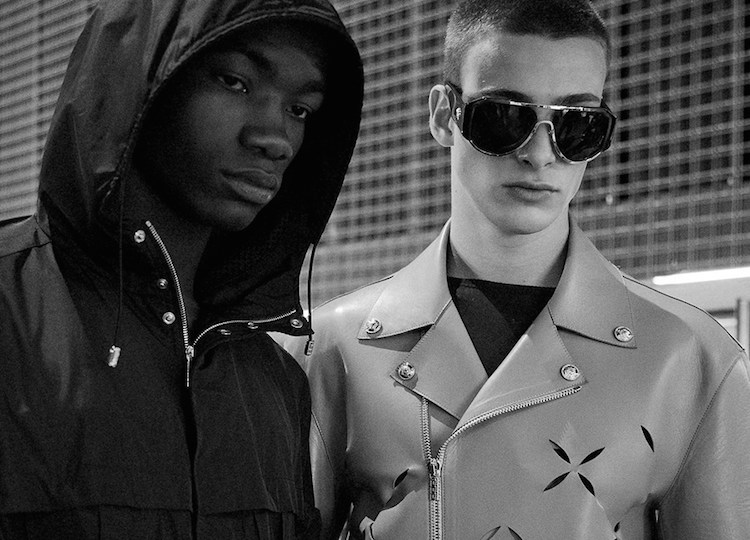 Donatella Versace debuted a new line of athletic gear under the Versace Active umbrella for her Versace Men’s SS17 show at Milan Fashion Week. Loose cuts and featherlight fabrics made the collection feel both modern and relevant and perfect for the Versace man on the go.

Donatella Versace also played unreleased music by the late Prince – her dear and close friend. The music was written and recorded as a personal gift to her. She also played his hit “Don’t Have to be Rich”, and remixed it to feature a catchy “Versace” refrain.

According to Esquire Magazine, Bottega Veneta’s collection at Milan Fashion Week SS17 might be Tomas Maier’s best work yet. With the brand celebrating both their 50th anniversary and Tomas Maier’s 15th year at the house, the collection showcases the mastery of materials and expert craftsmanship that Maier is known for, along with his signature soft tailoring and sportswear.

Coats, jackets, and blousons walked down the catwalk in mixed leathers, linens and cotton and appear in shades of greens, greys, burgundy and browns, making for a perfect palette addition to any man’s summer wardrobe. 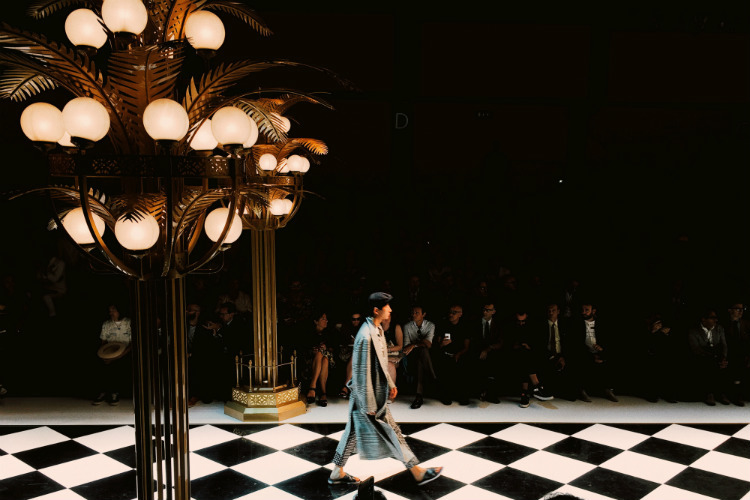 Designers Domenico Dolce and Stefano Gabbana transformed their usual venue into a swanky jazz club with gilded palm trees and a checkered catwalk. Embellished and printed cotton jackets made the strongest impression, while cropped trousers, baggy pleated pants and skinny belts walked down in a monochrome palette. 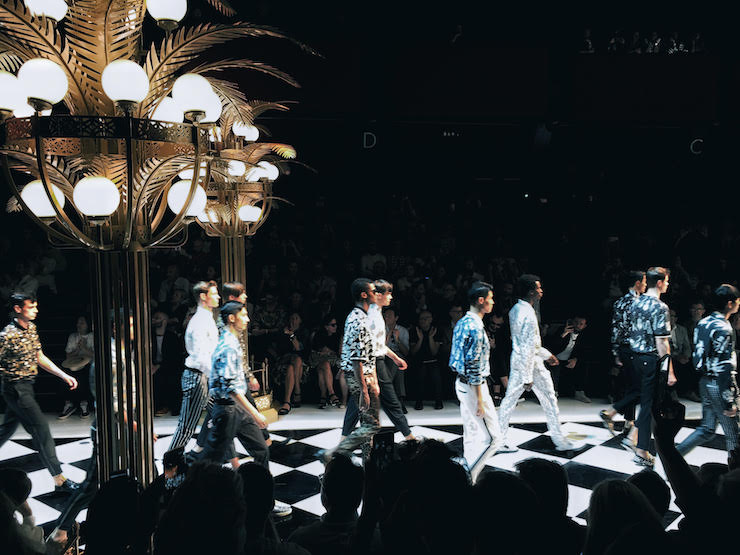 For his SS17 show, Alessandro Michele had both genders for his Gucci presentation and looked to Jane Austin, Lewis Carroll and Alice in Wonderland for his inspiration. From February on, he will show men’s and women’s at the same time, making this his last dedicated menswear show. He pulled out military frogged jackets, Seventies silhouettes, beadwork, embroidery and an acid colored kimono smoking jacket. 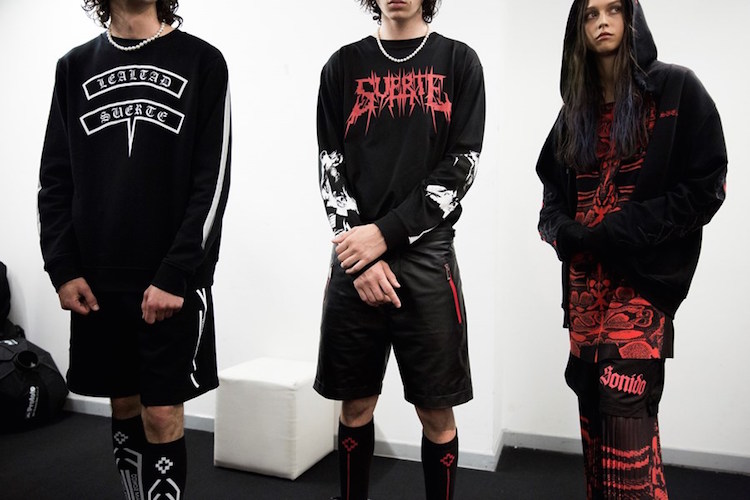 Over the last few years, the DJ and creative director has created a label that has garnered quite a reputation in Italy. Burlon’s SS17 collection, called Sonido (‘sound’ in Spanish), has been described as ninja goth streetwear. The collection tapped into the recent resurgence of heavy metal iconography, blackletter fonts, gothic graphics with ninja-inspired robes, bomber jackets, hoodies, tops and shorts printed with ninja stars and his country’s Patagonian symbols. 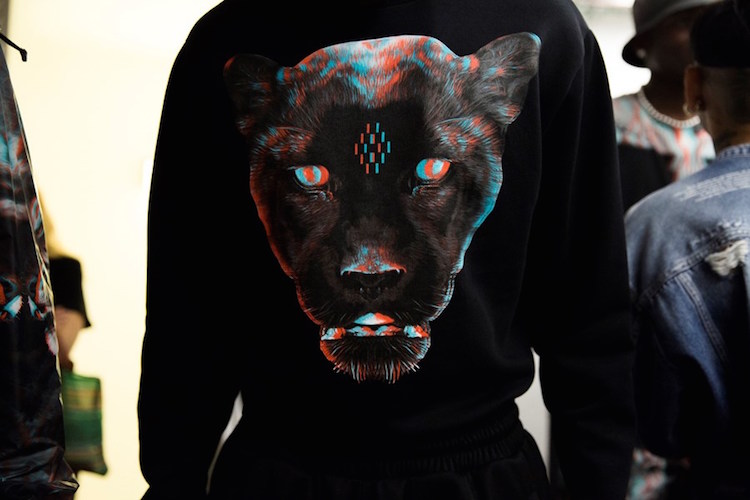 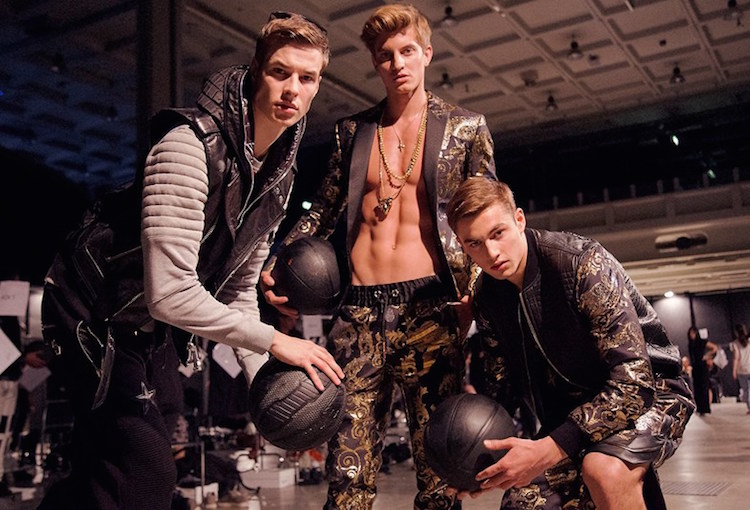 German designer Philipp Plein based his SS17 collection on basketball culture. You could see this throughout it all – in the jerseys, the shorts, the cheerleaders and most literally, in the exhibition basketball team, The Harlem Globetrotters, that he flew in to complete the vision.

Models carried basketballs down the runway, and before they hit the catwalk, each model was projected onto a jumbotron-esque screen in the same way NBA players are highlighted before a game. Guests were invited to shoot hoops, given basketball jerseys to take home and were pumped up by American rapper, Busta Rhymes.

It was all part of the experience. Plein’s clothes are fun, colorful, elaborately decorated. This time we saw more embroidery and lots of leather. We saw sports uniforms, collegiate jackets splattered with basketball motifs with team “PLEIN” and the number 78 on the jerseys, the year he was born. 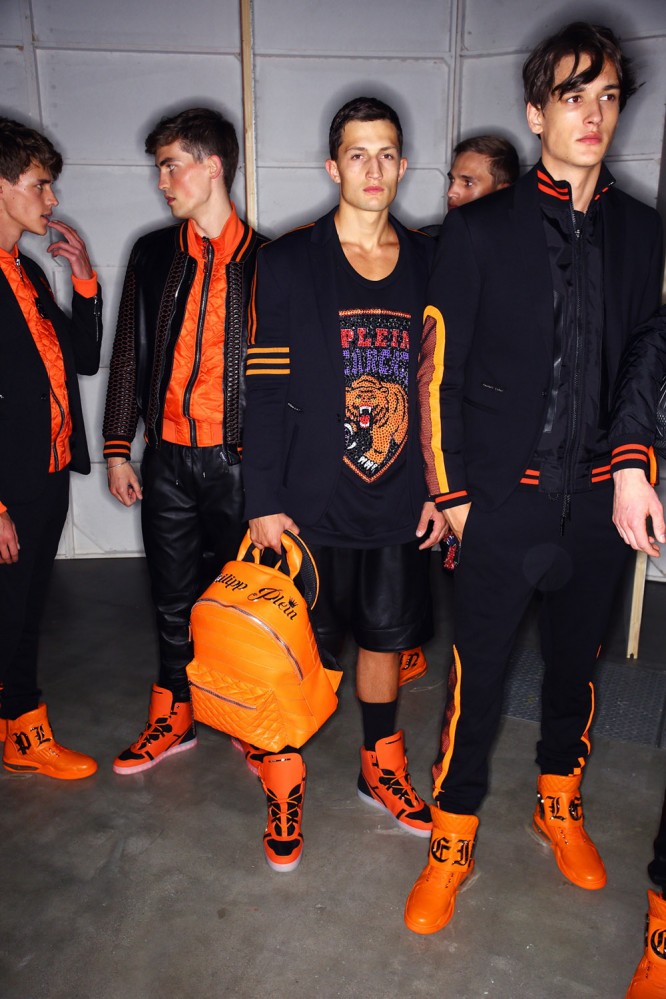 Alaïa is the Art of Figure-Sculpting Perfection

How to Pronounce Versace

How to pronounce Dolce and Gabbana