Admired for his bold subversion, Creative Director Jeremy Scott channels Moschino’s reigning design ethos with a statement about vanity and endurance in the AW16 capsule collection.

“I was really thinking of the bonfire of the vanities in 1497 in Florence Italy. I was thinking about this period in history where they took everything luxurious, all the gowns, the makeup, the paintings, the musical instruments, the mirrors — everything gilded, everything fancy — and they threw it into a bonfire to contrast and go against that.” 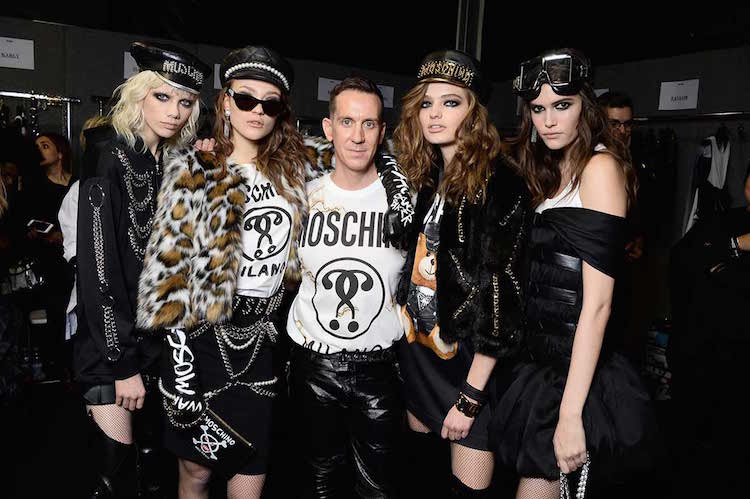 Set against a destroyed palazzo, smashed pianos and baroque seating, first came the biker chick gang or you can say the rebels who stormed through in leather and denim. 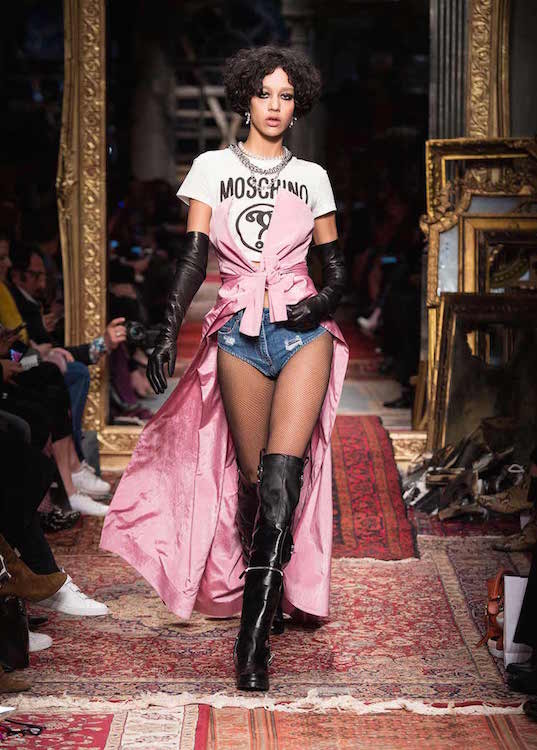 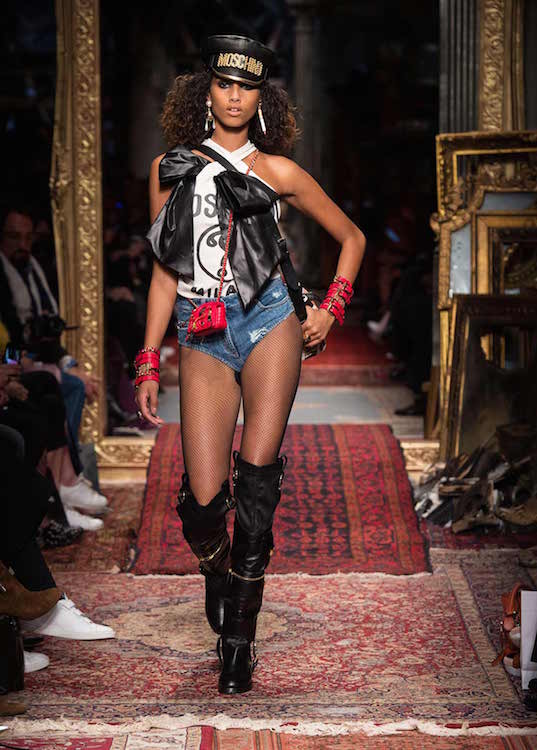 Moments later came the Belles in half singed dramatic ball gowns to close the show. 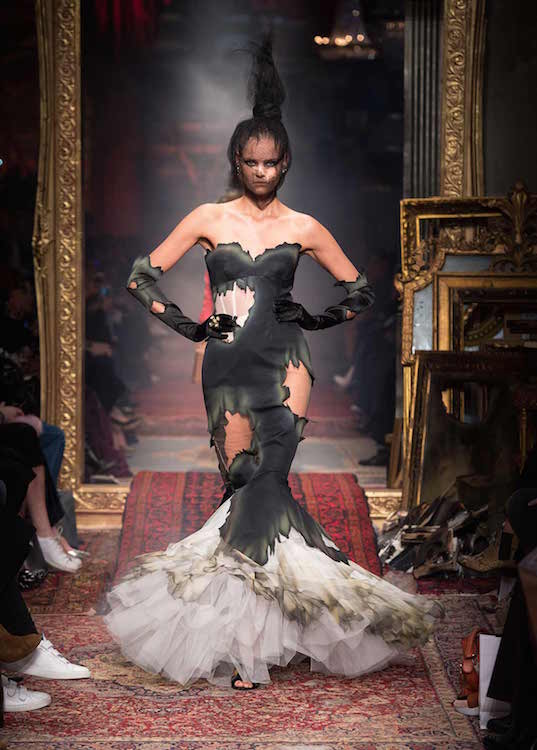 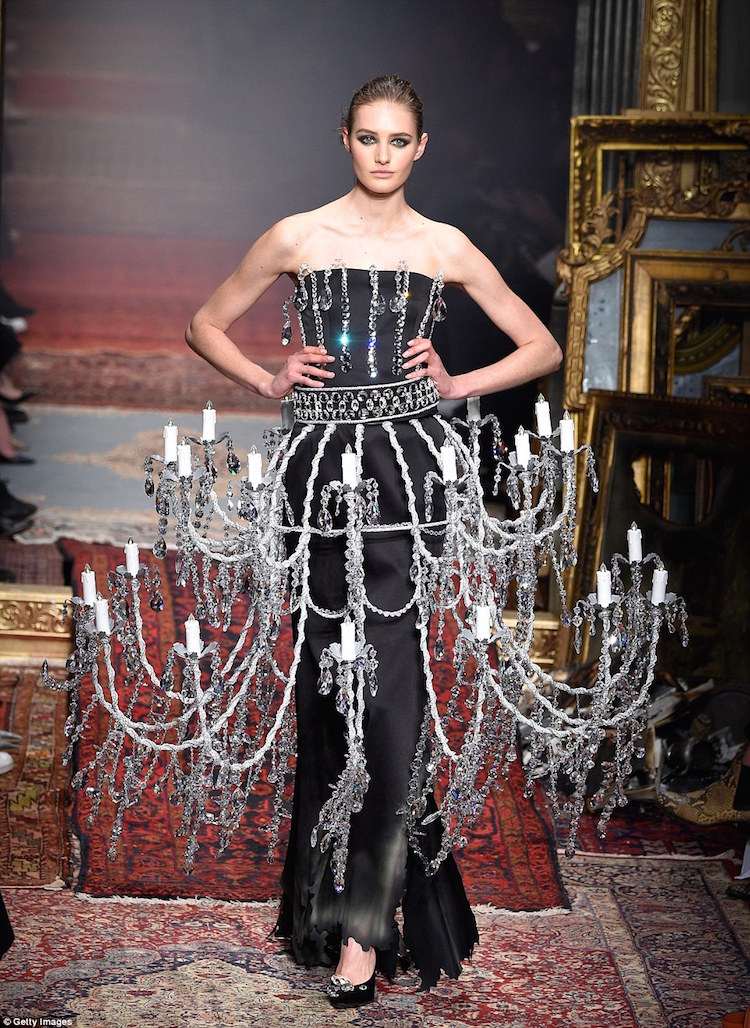 The demand for music and entertainment increased during the 15th century and Scott hit this home with plumes of smoke, broken mirrors and the infamous cigarette box bag with Marlboro’s iconic red-and-white packaging. Instead though, the box read Moschino, and the familiar health warning, “smoking kills,” was swamped for “fashion kills” referencing that objects of beauty often get set aflame. 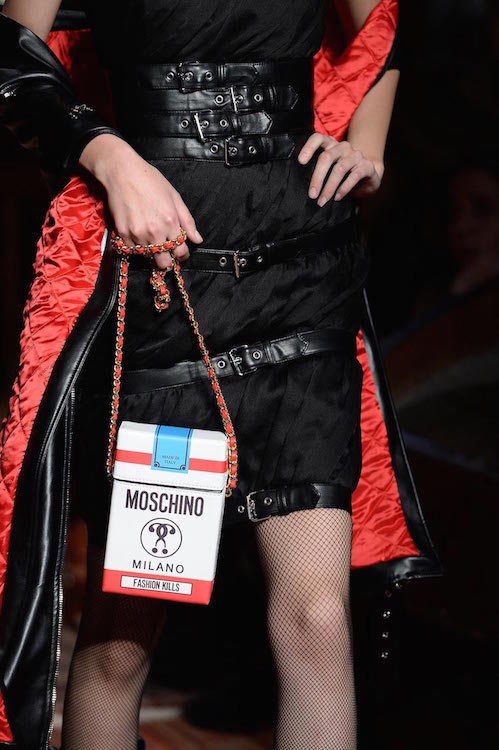 The new 22-piece capsule collection themed #ItsLIT, is a reference to “It” girls who in customary Moschino tradition, love to shock. Alongside the cigarette boxes, there were matchstick boxes and sweaters knit with a question-mark logo fairly reminiscent to Chanel’s double C’s, as well as oversized Ts with a flash warning reading: “Quitting Fashion Now Greatly Reduces Health Risks.” 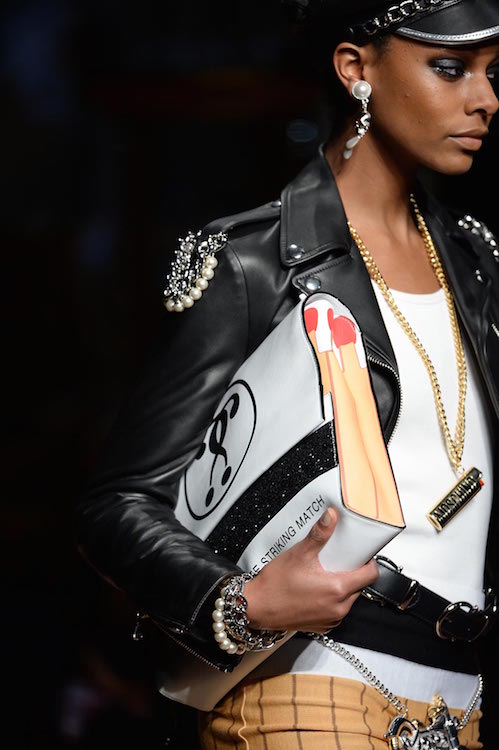 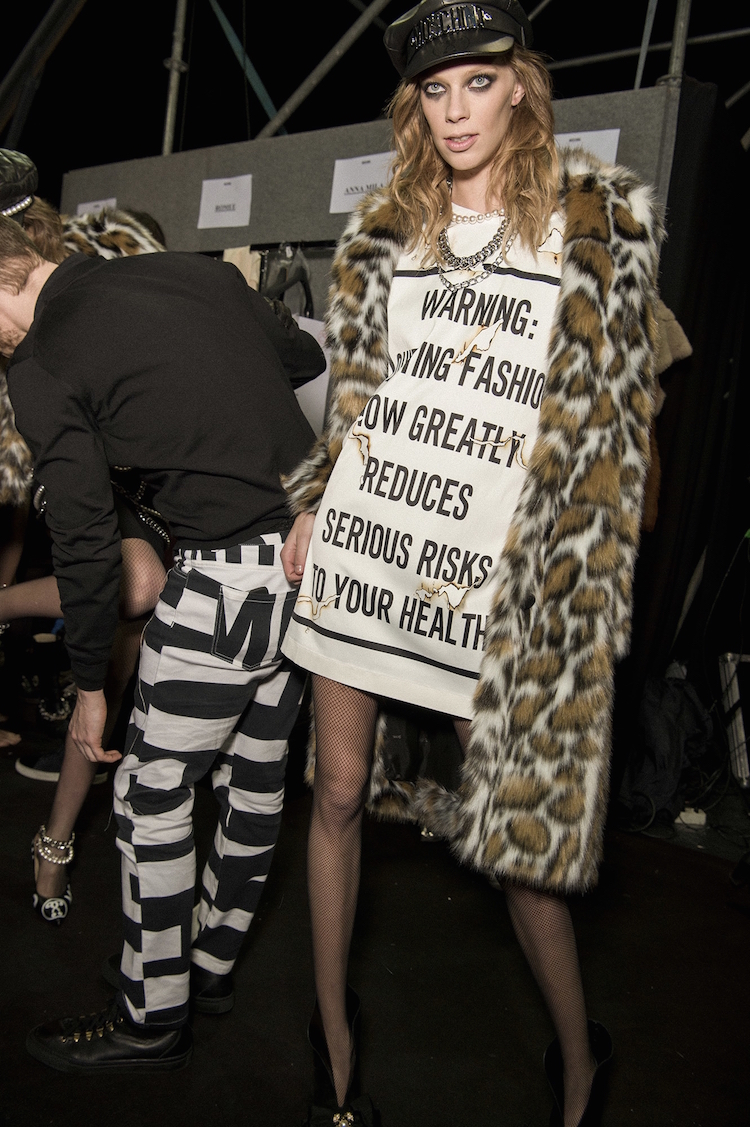 The Moschino girl is wild, self expressed and assertive. She walks to the beat of her own drum. The Italian label has catapulted into the spotlight with pieces being spotted on starlets from Rita Ora and Miley Cyrus. As one needlepoint purse in the Moschino AW16 capsule puts it: “Good girls go to heaven, bad girls go everywhere.” In the end, fashion is about having a good time and doing so with a point of view and Moschino girls are impeccably this.

The Moschino AW16 capsule collection is available on Italist, and given how quickly the last capsule sold out, it won’t be long enough until this one does too. 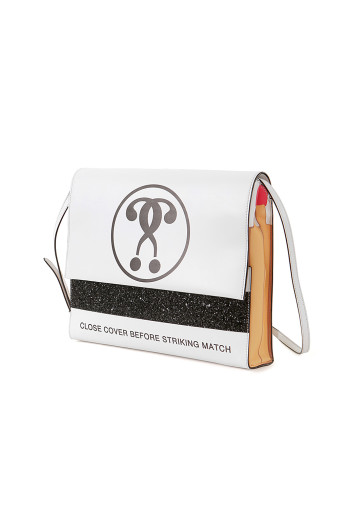 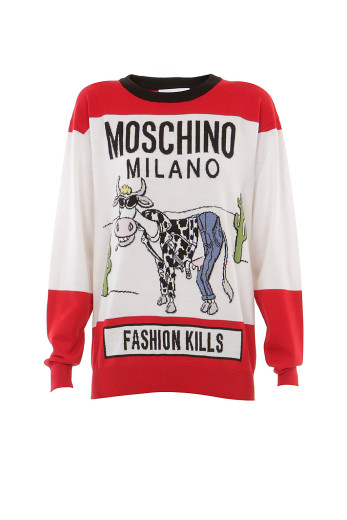 Go-Go Check out These White Boots

Aquazzura Lets you Have your Cake and Eat it too