The Paris-based Italian Creative Director, Ricardo Tisci, has been living outside of the box since his teenage years. As an adolescent goth, he wore long hair and a full face of makeup, at the mere age of 29 he began his career with Givenchy and now today, his collections season after season live up to the same outspoken and surprising tongue.

While fur and animal prints find their place, it’s the kaleidoscopic prints and metallics that dominate. The collection is colorful, yet still true to the brand’s gothic tone, and seductively regal. This fall 2016 season, Tisci’s Givenchy woman is strong, powerful and confident in her sensuality. 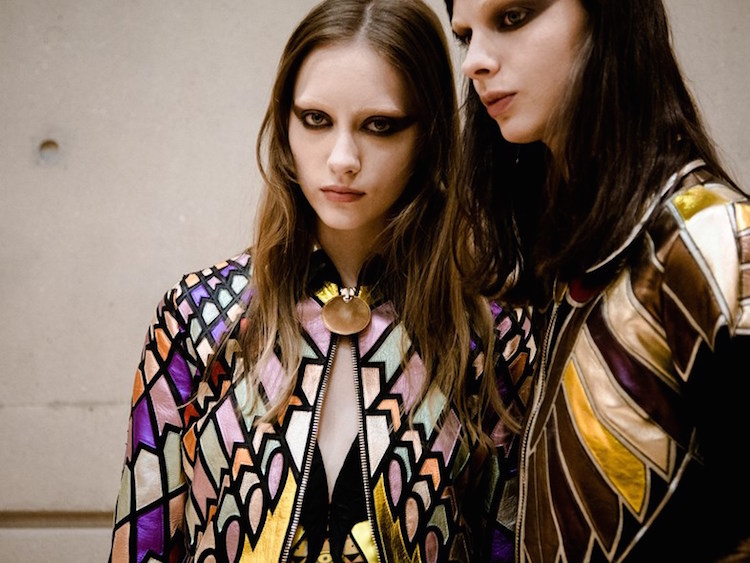 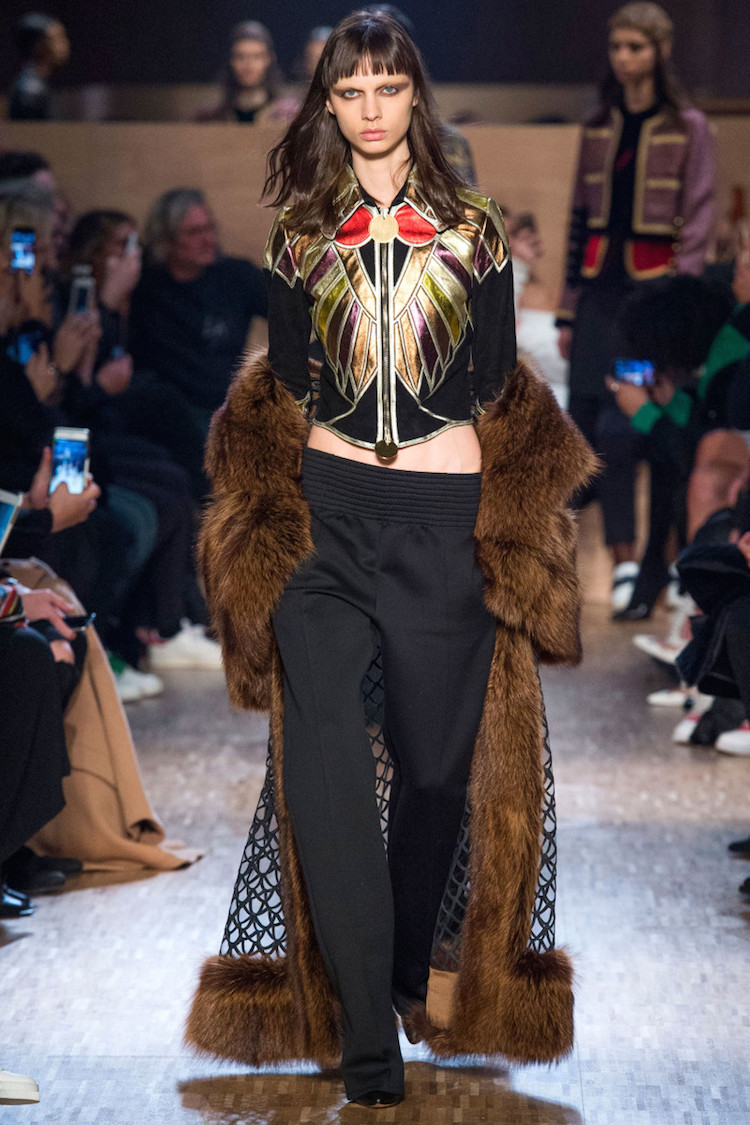 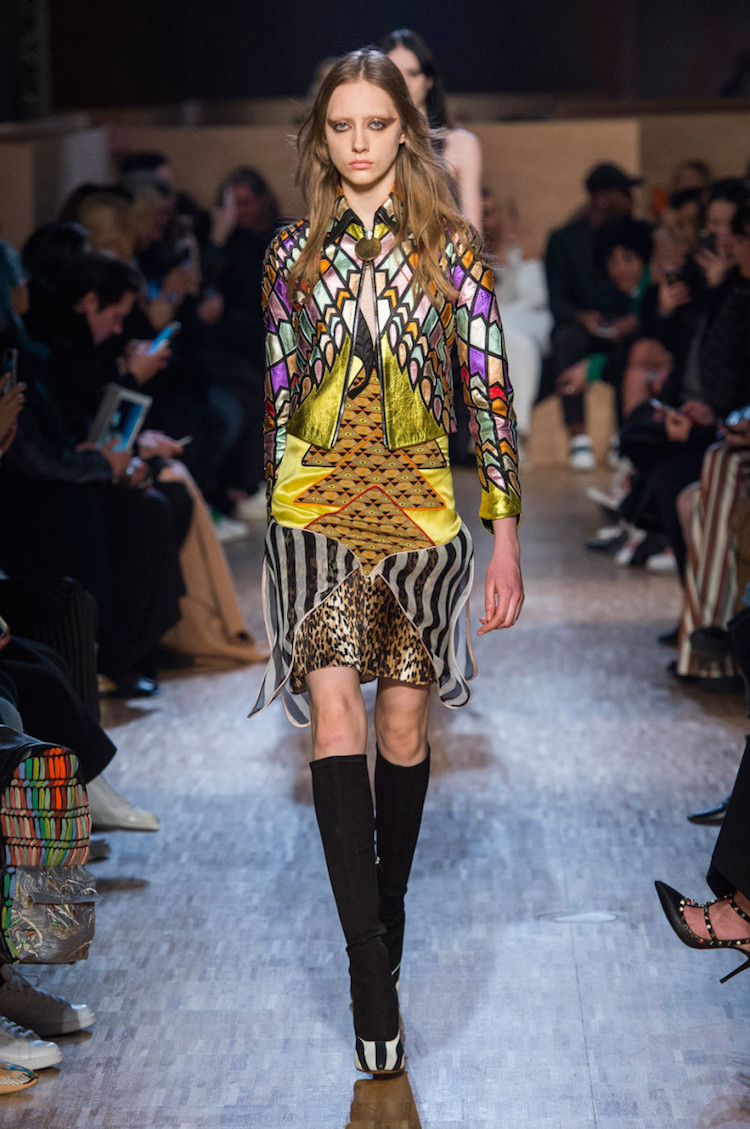 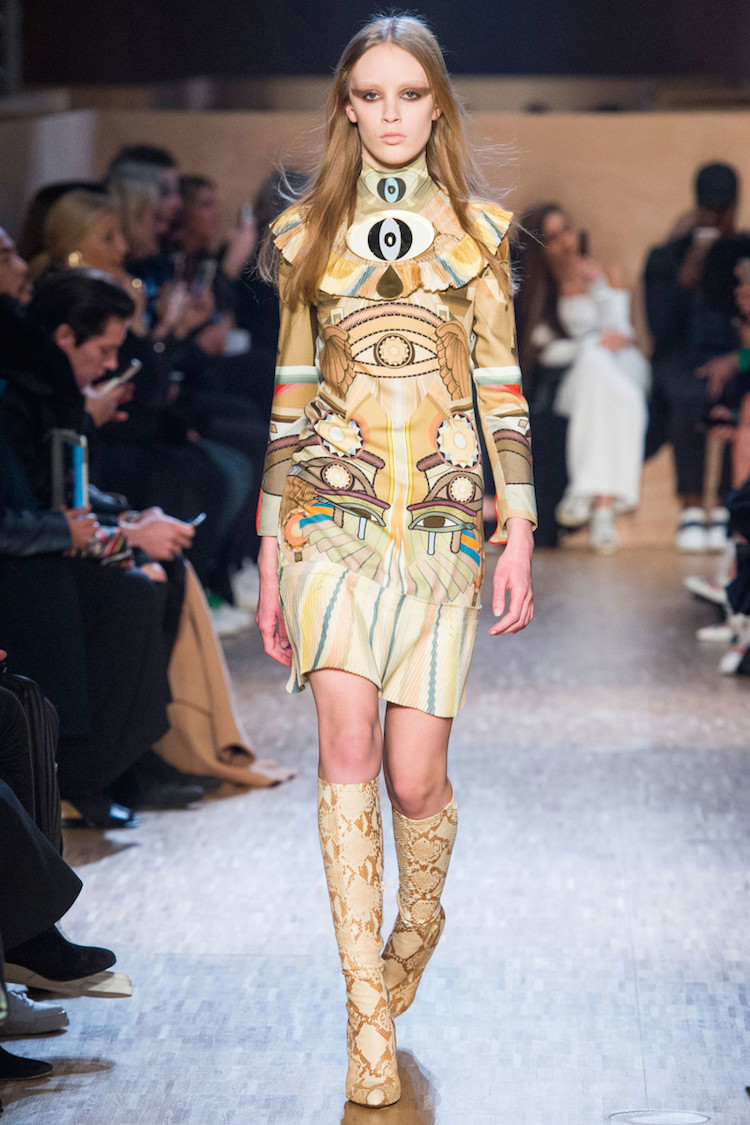 This one is about exploring things I love which is print, sensuality and Egyptian culture, says Tisci backstage. Egypt for me is the beginning for everything. I’m also obsessed with psychedelic club music and some of their references were often Egyptian, so I made my own trip in my head.”

Watch the pieces dance down the runway as you listen to Ricardo Tisci, Natalia Vodiana, Lea T. and Mert Alas as they comment on the show.

Moschino AW16 Capsule is on Fire