Find out how streetwear king Virgil Abloh’s vision became the “hottest brand on the planet”, and how to wear Off White Belt

This hybrid has stolen every fashionista’s heart…including ours. 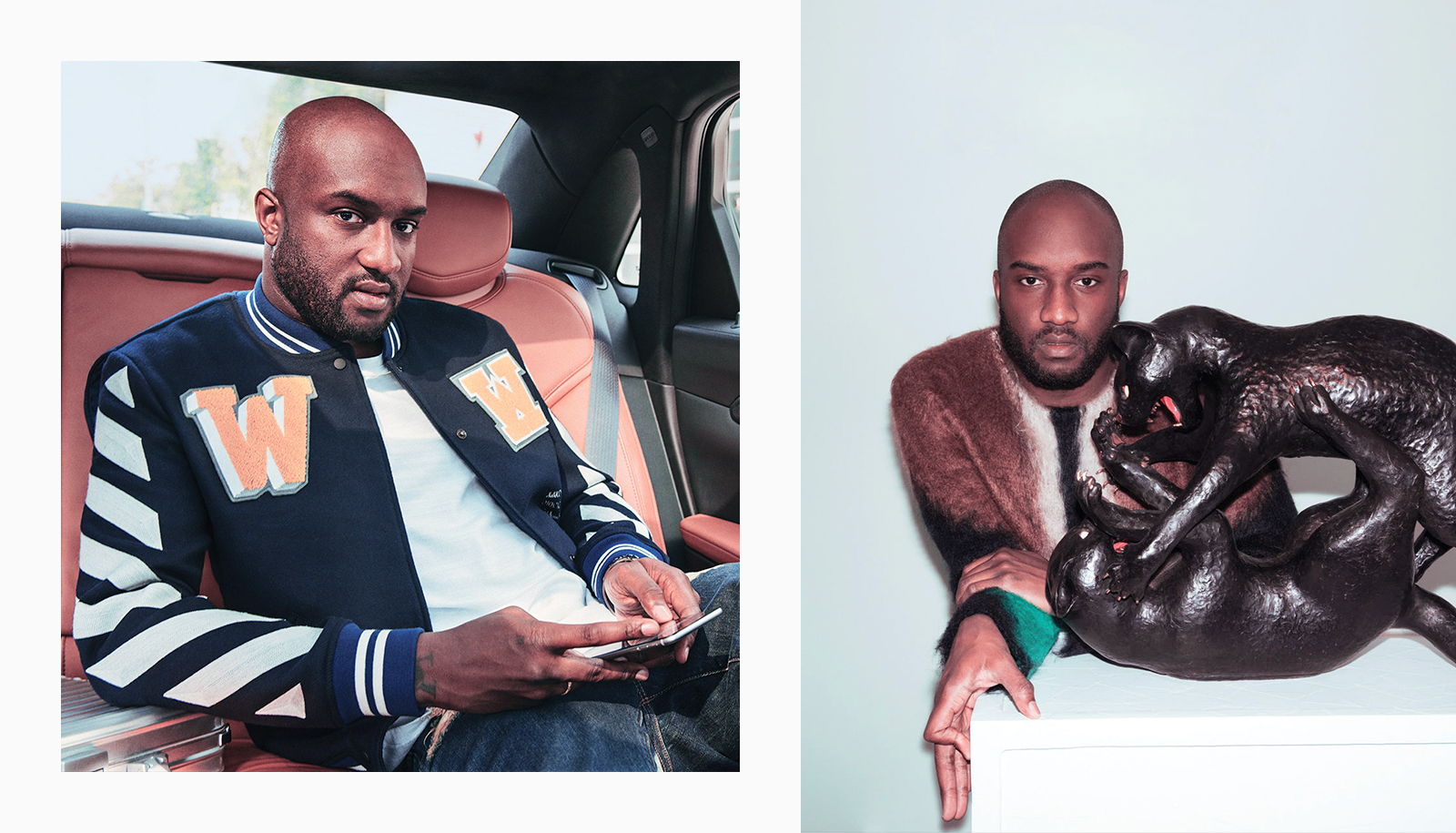 American designer Virgil Abloh (above) laid the groundwork for Off-White in 2012, when he founded his first company: Pyrex Vision. Having been recently appointed creative director of Kanye West’s creative agency, Donda, Abloh conceived Pyrex Vision as an artistic experiment: he bought deadstock Ralph Lauren rugby flannel shirts, screen-printed the company logo and the number 23 on them, and resold them for $550.

Pyrex Vision was embraced by celebrities but, a year later, Abloh considered the experiment completed and rebranded the company; Off-White was born. The brand’s motto: “defining the grey area between black and white as the color Off-White”.

“I decided if ‘streetwear’ was gonna be the sign of the times, I was gonna define it rather than be defined by it,” Abloh told Dazed. “I needed to […] define what ‘streetwear’ could be.”

Over the years, Off-White has collaborated with countless brands and designers, including Nike, Moncler, IKEA, Converse, and Jimmy Choo, as well as the Chicago Museum of Contemporary Art. Abloh’s futuristic designs, which range from men’s hoodies to women’s long dresses, are adored both by “traditional” celebrities and social media influencers, and Abloh himself has reached superstar status. 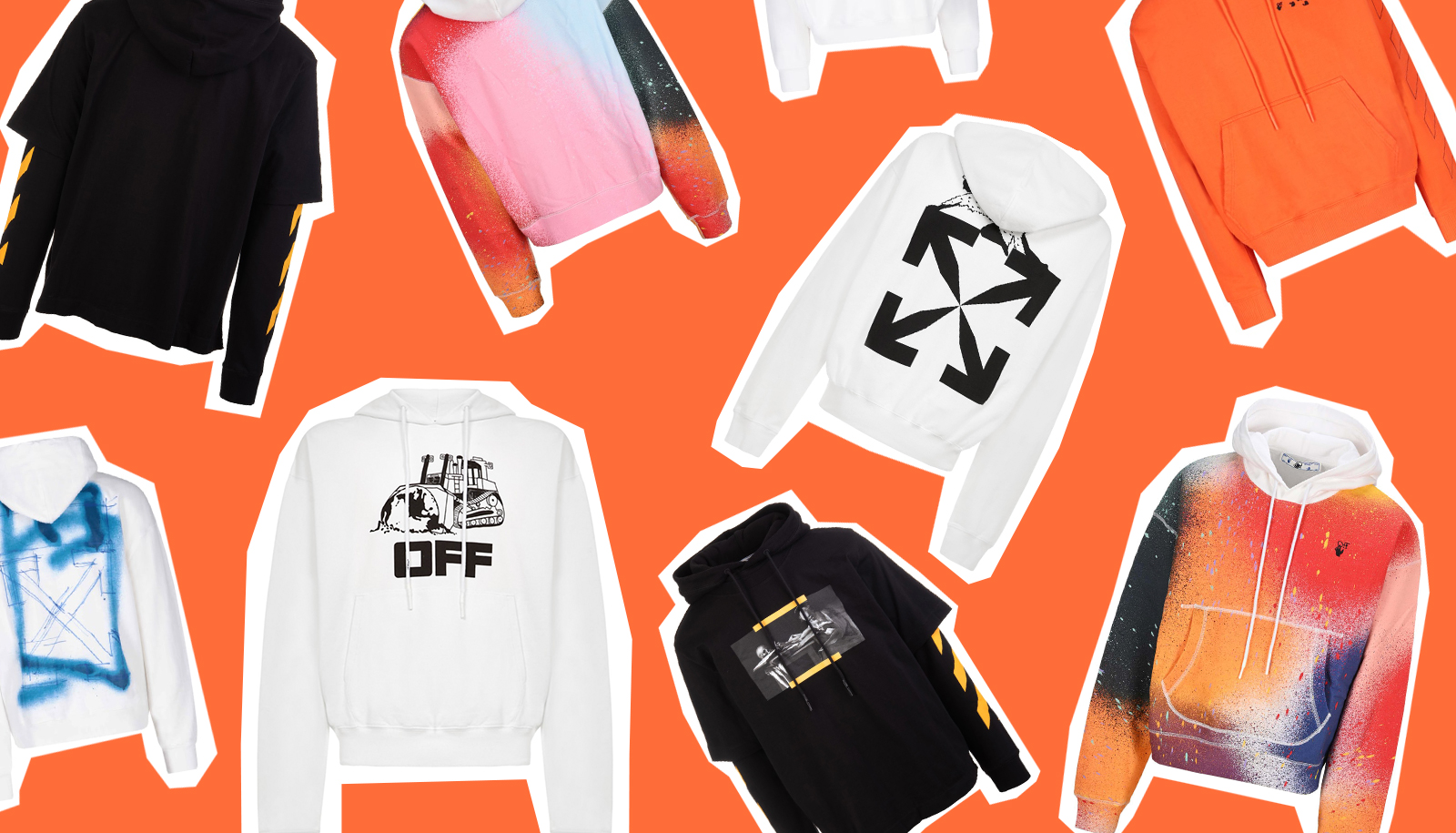 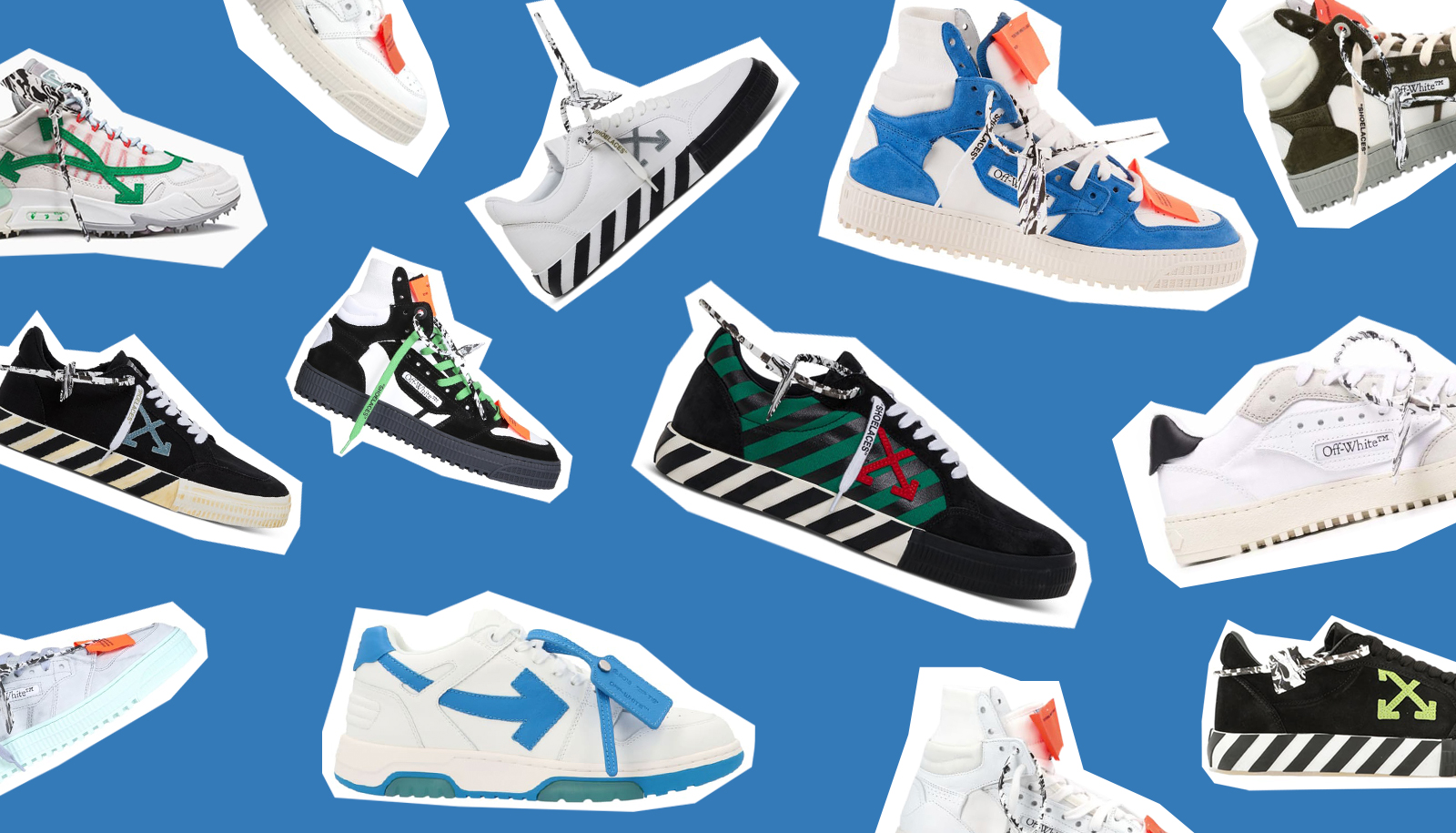 In 2018, Virgil Abloh was appointed artistic director of Louis Vuitton’s menswear line, following the departure of Kim Jones. This makes him one of the few black designers at the helm of a heritage fashion house, and the very first African-American designer to lead a European label. In July 2021, LVMH (Louis Vuitton Möet Hennessy) bought a 60% stake in Off-White.

Off-White Industrial Belt: how to wear it 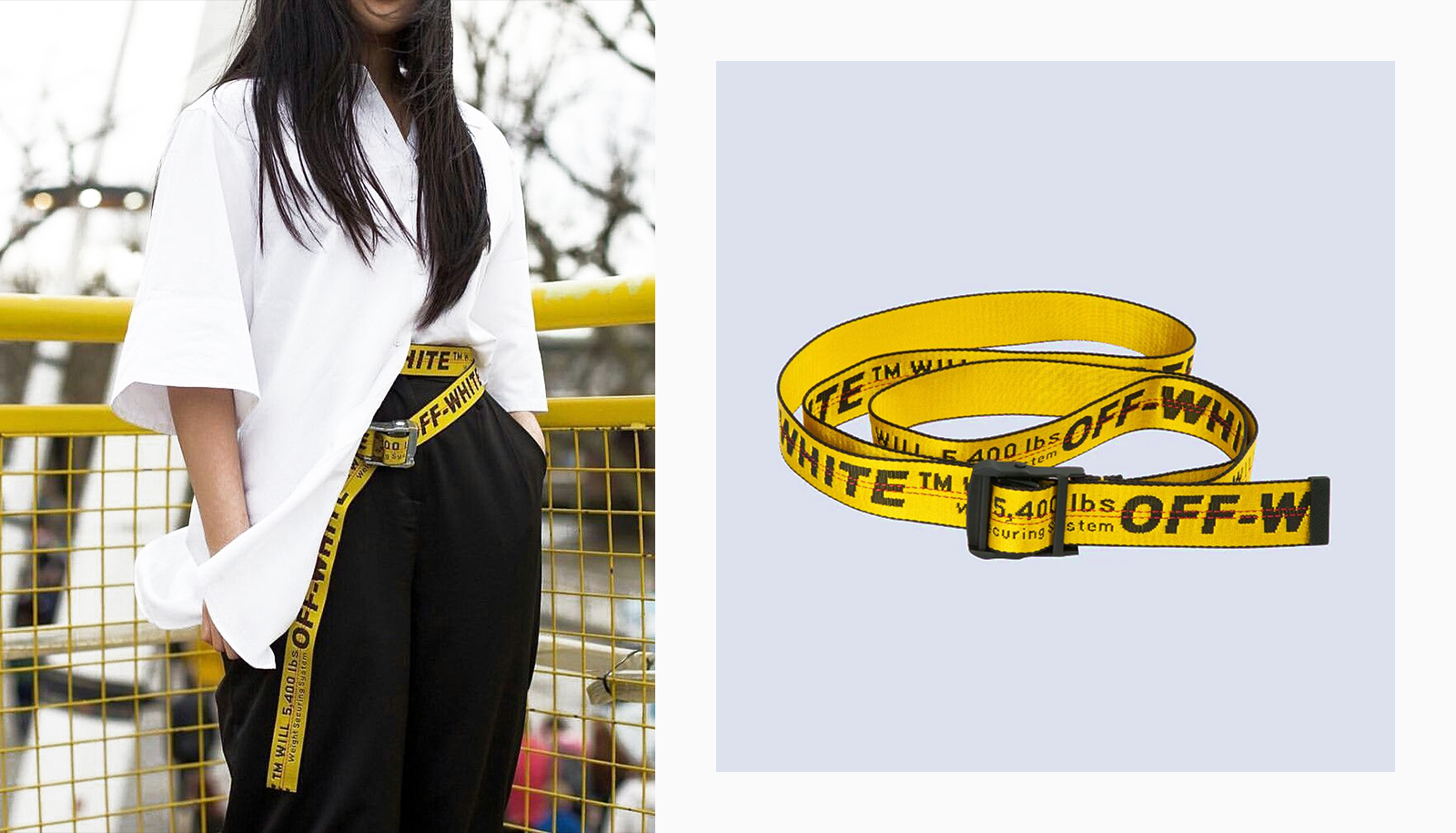 We’re here to reassure you that you’re not the only one who found the extended length of this belt utterly confusing: the brand itself posted a “how-to” video on Instagram for clarification.

So, here’s how to wear the Off-White Industrial Belt according to Off-White:

Done! Now you’re ready to walk out the door. Use the belt to cinch a blazer or a trench coat at the waist for a sophisticated yet edgy look.

But of course, fashion is about being creative. Which means you don’t have to follow Off-White’s guidelines, and you can experiment with wearing your belt in different ways to create interesting looks. 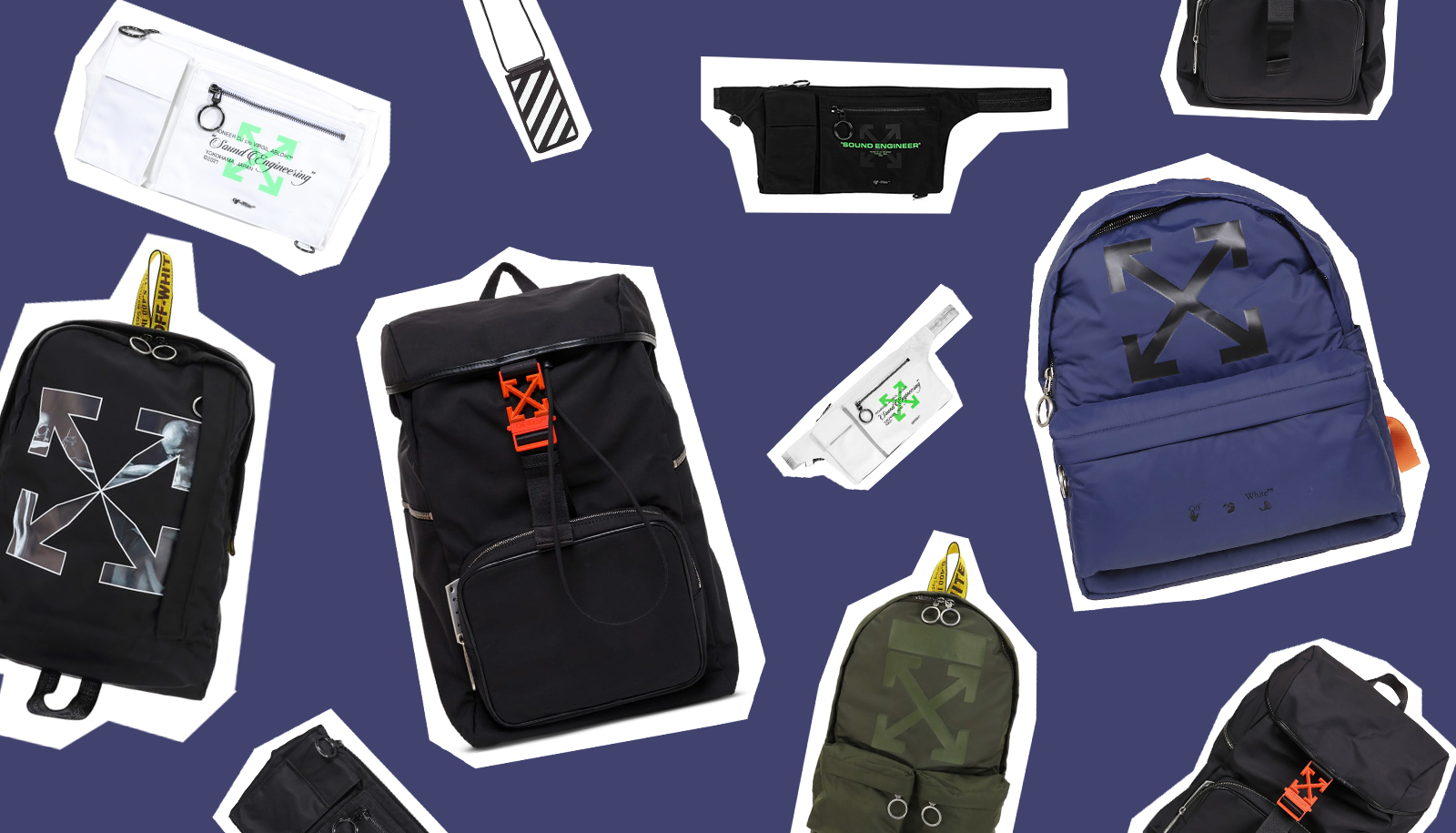 Here are two of our favorite “unofficial” ways of styling the Industrial Belt.

The Off-White Industrial Belt comes in an array of different colors. While the classic version is yellow and black, we find the black iteration perfect for a sleek and more subtle look. But of course the red and fuchsia version is also irresistible.

How to pronounce Balmain

Who is Alexander McQueen?