The London Times hails Moncler as “the new Burberry.”

This season, Moncler has opened its archives and reinvented their iconic down duvet jacket. The result has been a true blend of classical Moncler heritage and the youthfulness of modern street culture. Channeling decades passed when Moncler was a symbol of youth culture in Italy, the brand aims to continue to appeal to a younger audience without losing its vintage charm. 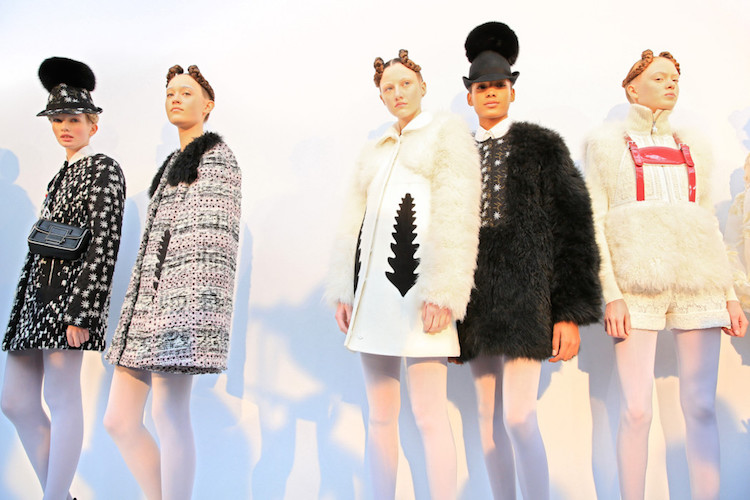 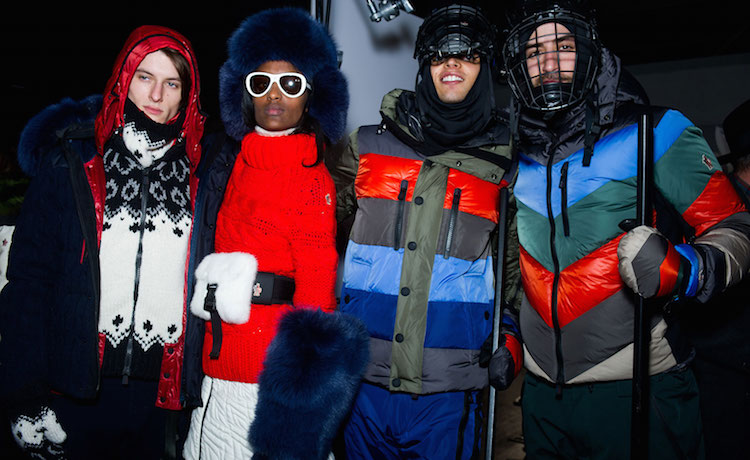 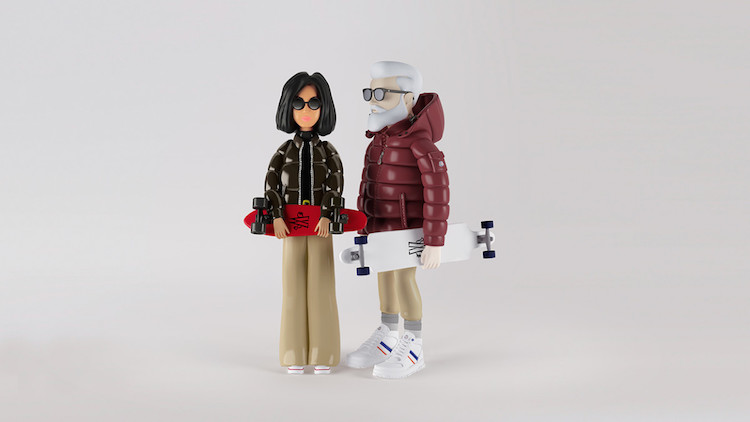 Moncler created brand ambassadors to help breath more youth and vibrancy into the collection. Easily to remember, the brand has named them Mr. & Mrs. Moncler, a contemporary couple who underline the heart and soul of this reinvented version of the brand. They’re a mix of classic Moncler 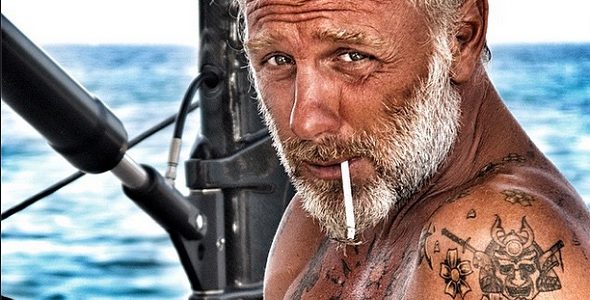 It’s not certain, however , Mr. Moncler very much resembles Gianluca Vacchi, the wealthy Italian tycoon and Instagram star known for his provocative video moments. What do you think? 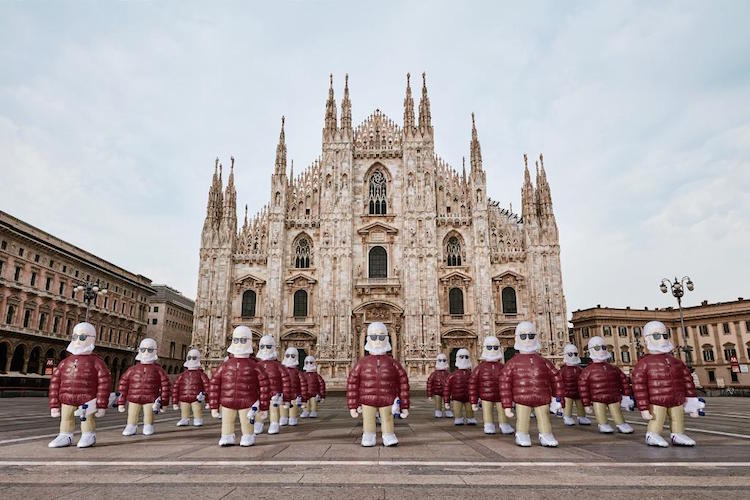 And, to kick off the new season, Moncler made a huge statement and sent out a group of 40 life sized Mr. Moncler’s into the heart of Milan. Also, the brand showered the windows of Via Della Spiga and the Moncler’s flagship to elevate the excitement of the new collection. 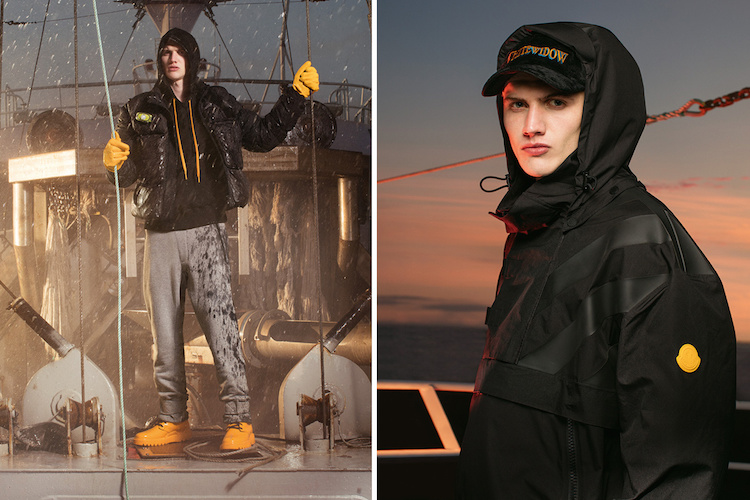 The collaboration fuses Abloh’s signature use of color, pattern, and streetwear-inspired graphics with the brand’s high-end technical-outerwear know-how. “The best part of working on the Moncler collaboration was being able to work with a different range of fabrics and the technical ability to make garments,” Abloh says.

A Trip Back in History: Paninaro Style 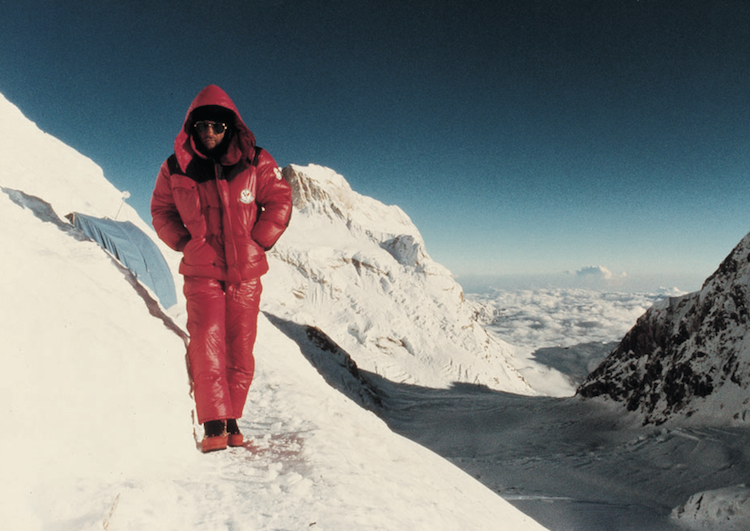 Moncler has been around since 1952, when it was known as a manufacturer of tents, sleeping bags, and anoraks. It wasn’t until the late sixties when it became a bonafide European favorite after outfitting the French ski team for the 1968 Winter Olympics in Grenoble.

Our founder notes fond memories in the 80’s in Italy when Moncler made a big stamp in fashion history with the Paninaro movement. During this time,  there was a noticeable subculture forming in Milan – a new generation of wealthy and fashion obsessed young people who used their fashion to display their social standing, the Paninari. And, I bet you can guess what they wore. 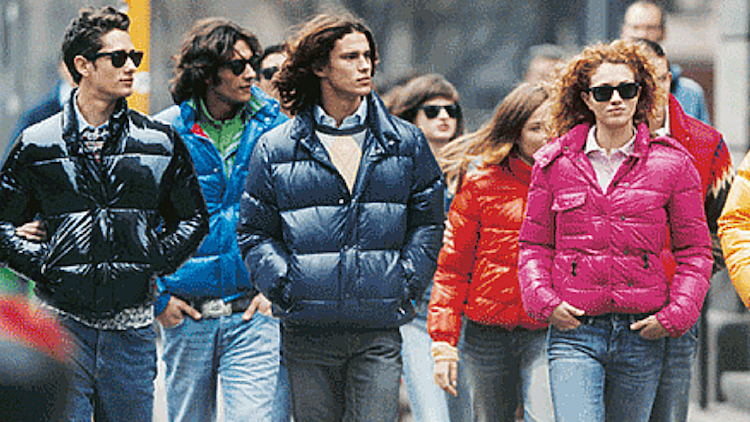 With an appreciation of home grown labels, the Panino wardrobe consisted of Armani, Fiorucci, Best Company, Trussardi, Massimo Osti productions of Stone Island, and of course, Moncler. Timberland deck shoes became the most cherished aspects of the Paninari look, as well as Italian made Superga pumps.

By the time Moncler celebrated its 60th anniversary in 2012, it was considered the hottest outerwear brand on the market. W called it the “the crème de la crème of goose-down-filled jackets.” Suzy Menkes wrote that the brand was turning “duck jackets into swans.”

Giovanna Battaglia is the Modern Embodiment of Italian Glamour

What is Moncler Grenoble?

What is Off White?