Everything you need to know about Balmain: how to pronounce Balmain, who owns Balmain today, and… why is everyone so obsessed with Balmain blazers?

First, how to pronounce Balmain

Under the creative helm of designer Olivier Rousteing, who was only twenty-five when he was appointed Creative Director, Balmain has flourished and established itself as one of the most popular fashion labels out there, adored by a new generation: the Balmain Army. 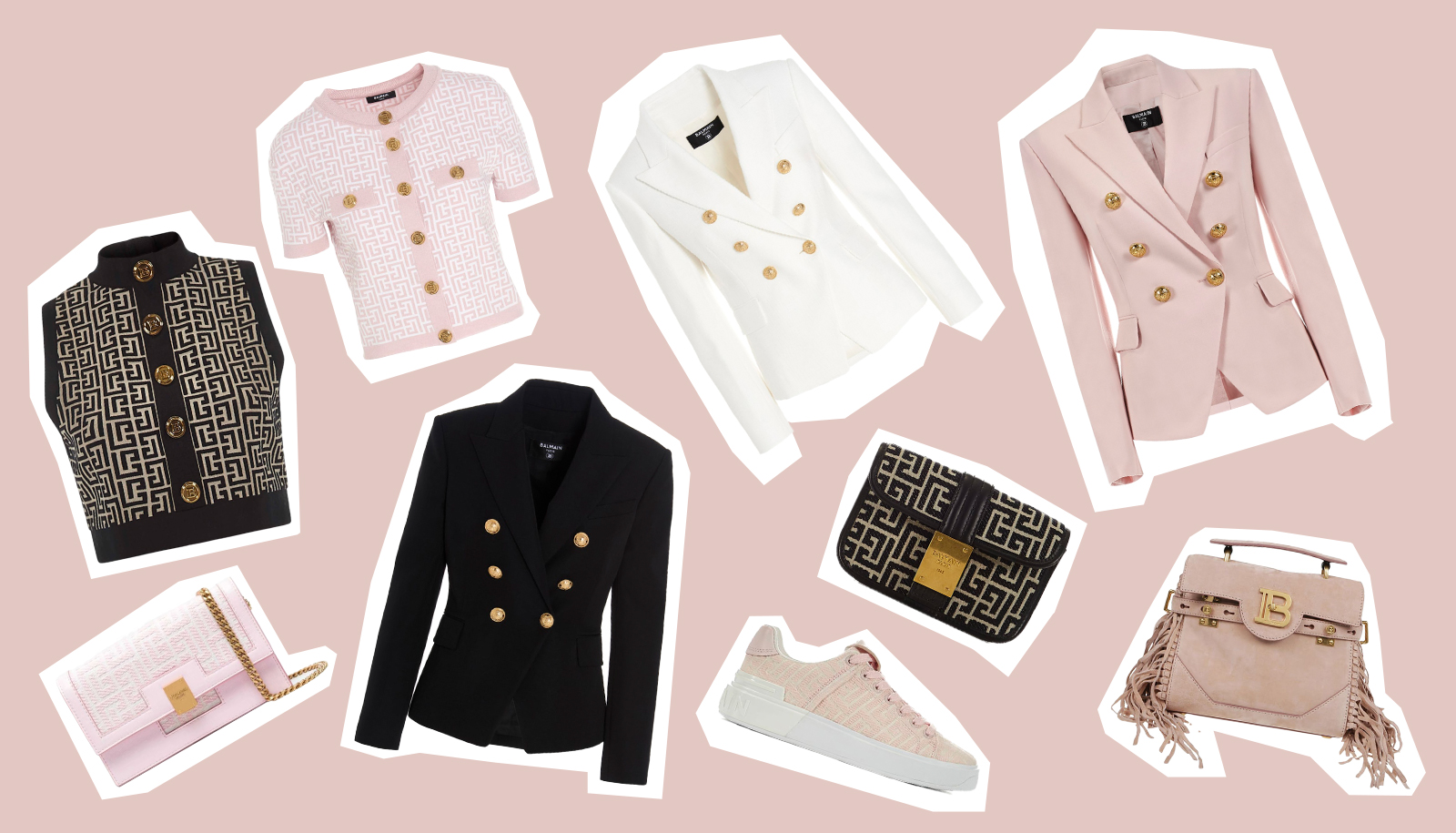 Let’s take a look at the history of Balmain, to understand how the brand became the luxury icon it is today.

But first, how to pronounce Balmain: it’s “BAHL-MAHN.” Or you can think of it like “ball-mon” if that’s easier.

It all started in France in 1914. That year, Pierre Balmain was born, son of the owners of a drapery business and a fashion boutique. Balmain attended the École des Beaux-Arts, where he studied architecture, but his love for dressmaking prevailed. He left school to work with designers Robert Piquet, Edward Molyneux, and Lucien Legong.

In 1945, Balmain released his own first collection. His fresh and unique style, characterized by opulent embroidered fabrics, sculpted lines, and impeccable tailoring, was central to the creation of the post-war “New French Style”. 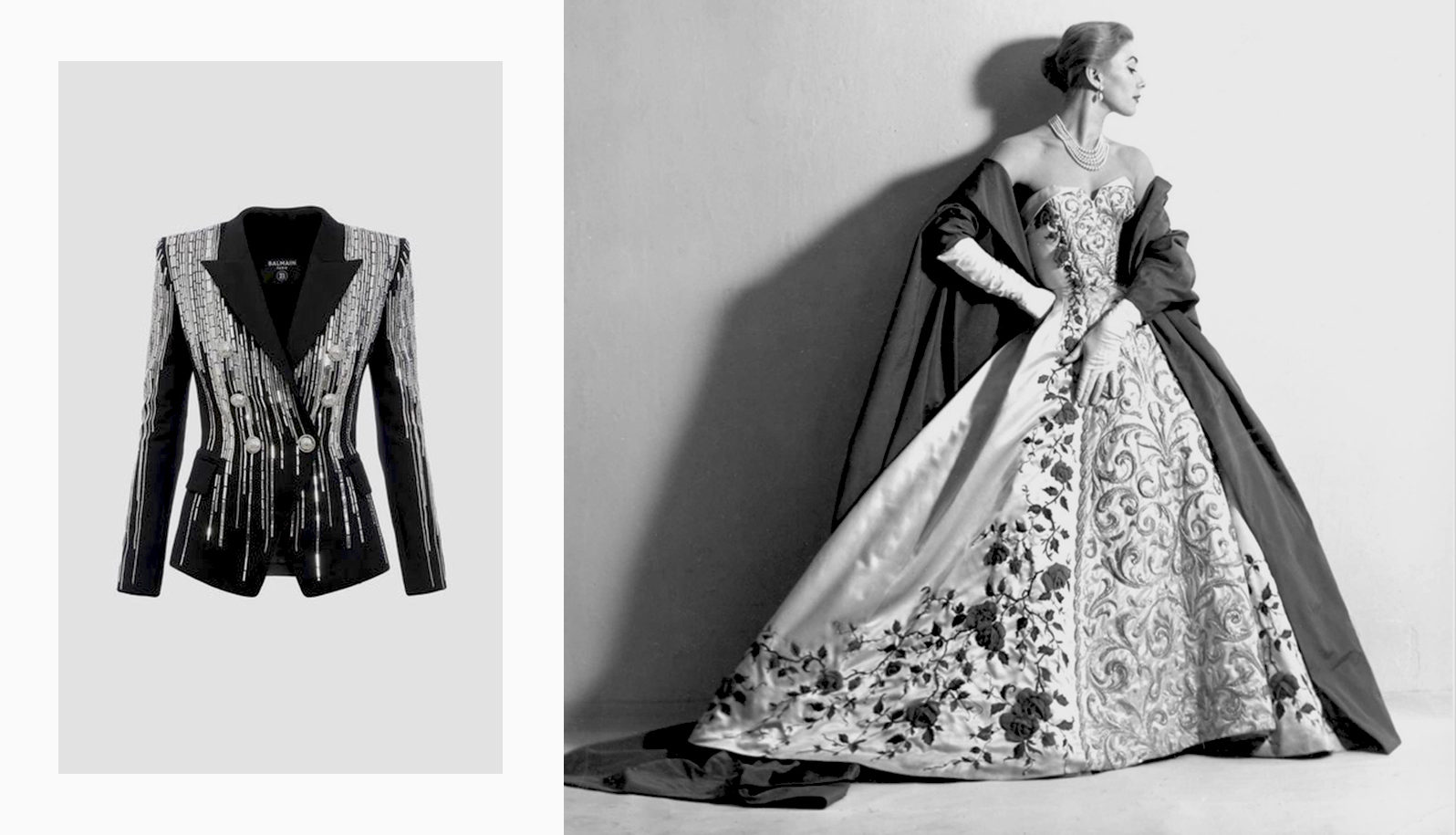 The so-called “Wonder Boy” was determined to give Balmain a fresher image and reflect the style of his generation in his designs. Over the past ten years, Rousteing has modernized the brand, revisiting traditional silhouettes in a contemporary key, celebrating diversity on runways, and growing an online community, while still staying true to Pierre’s vision.

Today, Balmain is owned by Mayhoola For Investments, a Qatari investment group that also owns Italian fashion house Valentino. This has allowed for “rapid growth and a host of new possibilities”. 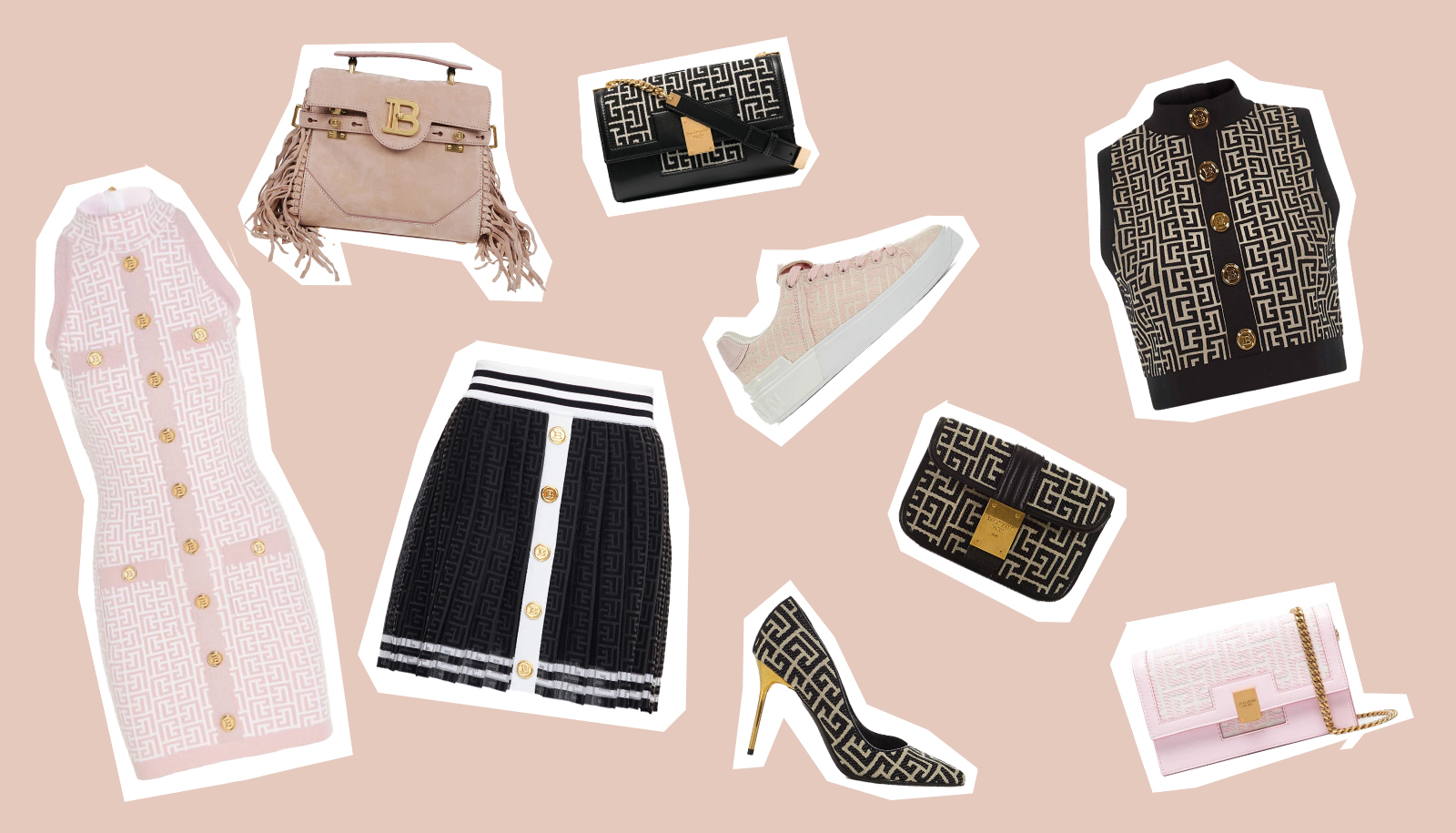 The classic Balmain blazer features military-inspired buttons, a cinched waist, and structured shoulders. Wear it day-to-night, layered over an evening dress or paired with your favorite jeans and a simple T-shirt. Learn how to style a Balmain blazer. 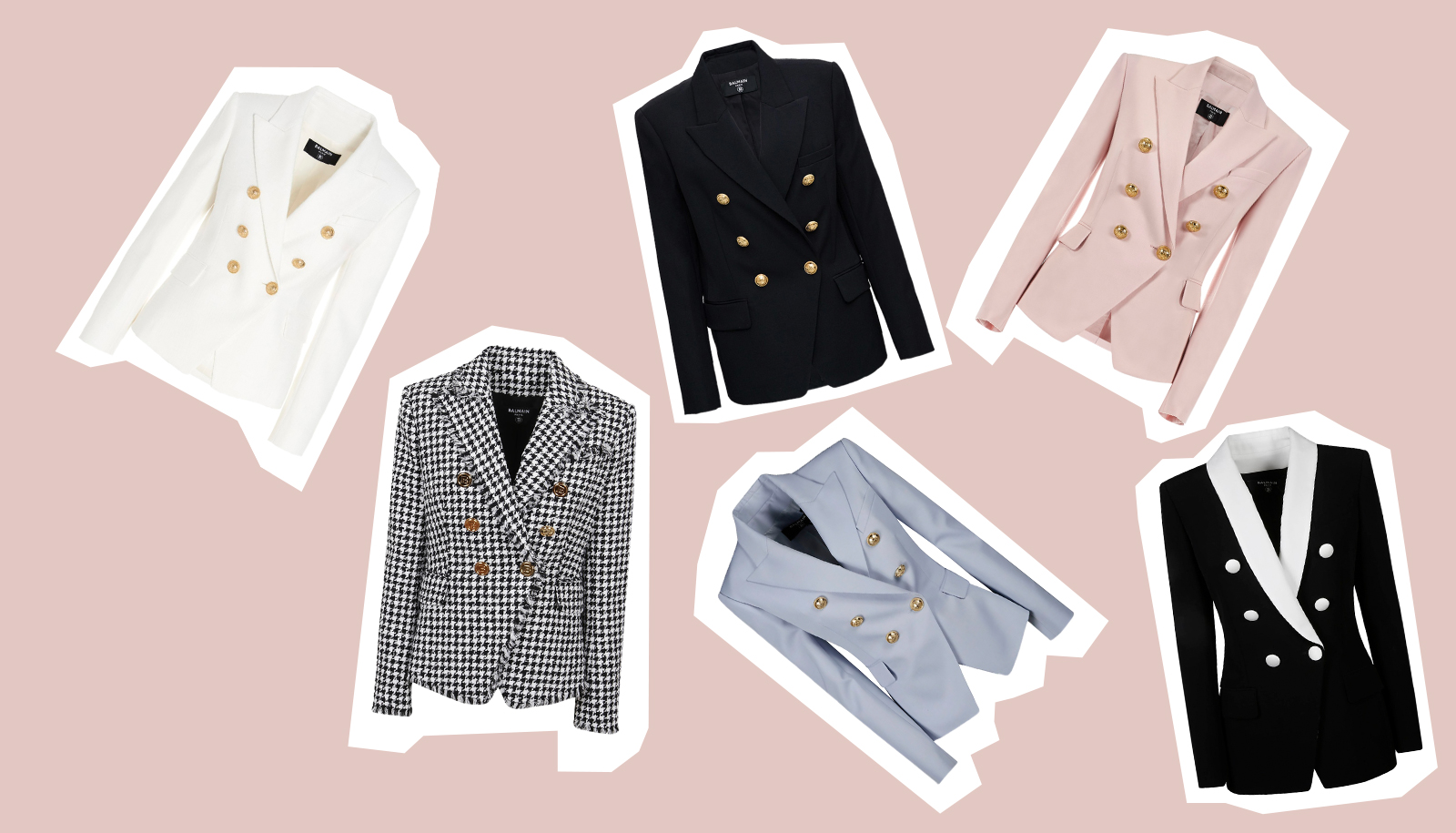 Timeless and versatile, Balmain blazers are a fashion statement, and an investment definitely worth making. They have been sported by celebrities such as Jennifer Lopez, Gigi Hadid, and Kendall Jenner.

The Balmain blazer is available in an array of colors, fabrics, and styles. Unsure which model to go for? Here are our 3 favorites: 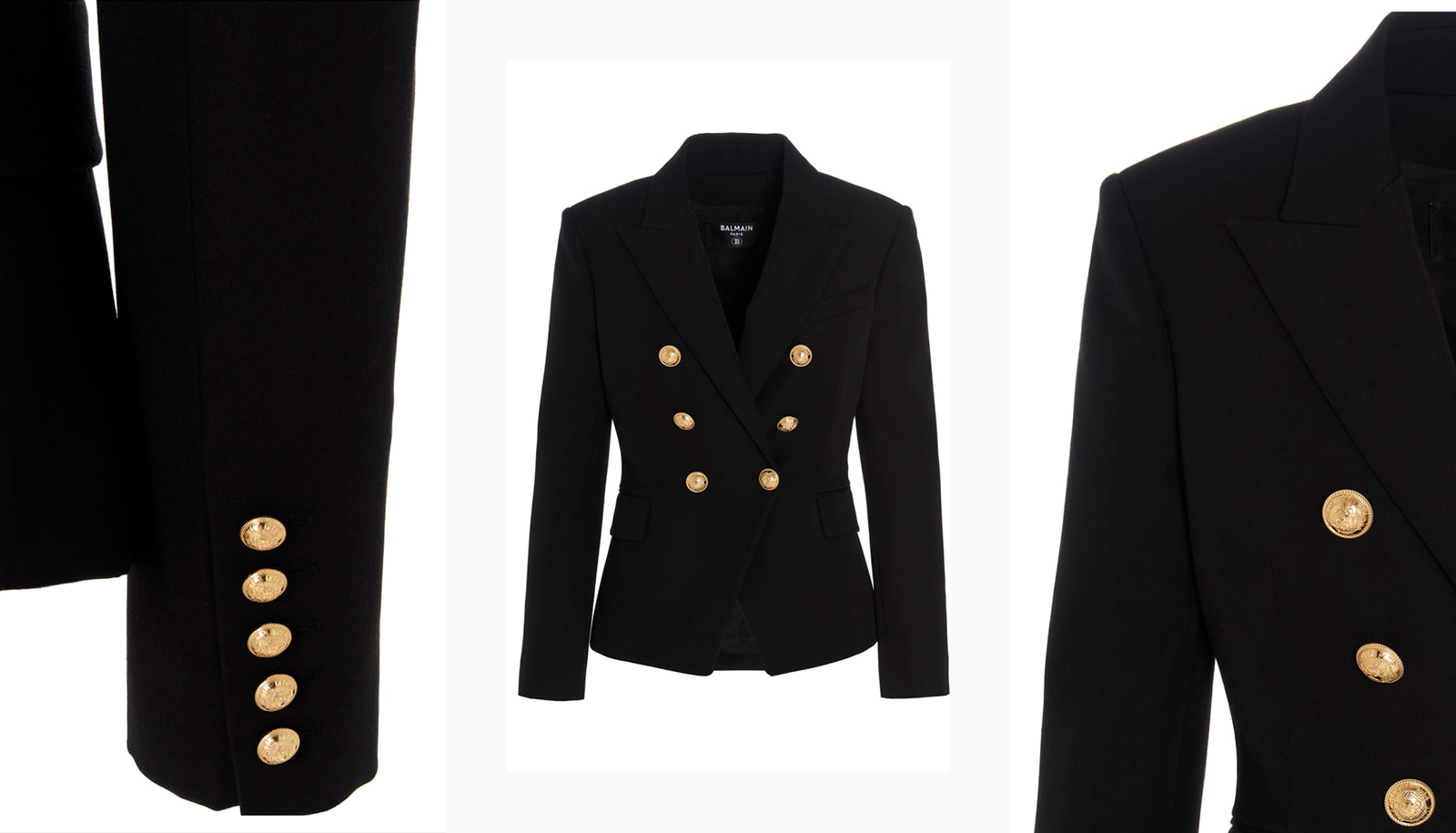 This is the classic Balmain blazer – a model that will never go out of style, and that you can easily pair with anything. Crafted in soft virgin wool, this blazer features shoulder pads, gold-tone buttons, and two flap pockets. Wear this jacket for an immediate boost of confidence! It comes in a rainbow of colors, from classic blue and black to pastel pink and lavender. 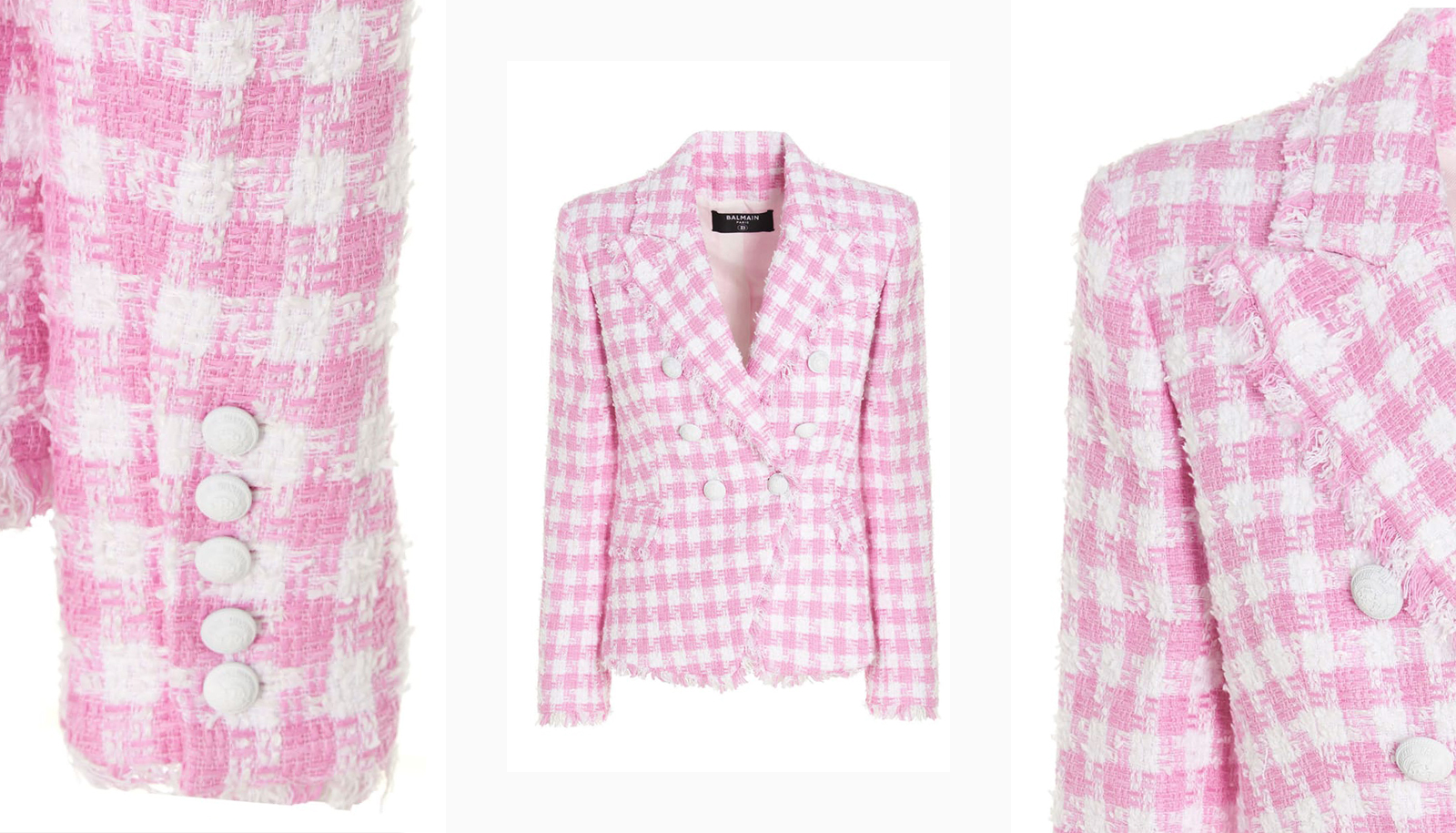 Want to feel feminine and bold at the same time? This is the blazer for you. This pale pink and white cotton tweed jacket, detailed with gold-tone buttons, will brighten up your wardrobe and add a touch of timeless sophistication to your outfits. The strong shoulders and sharp lines accentuate and flatter your figure. Style with a long white dress to feel as feminine as ever.

A leather jacket designed to look and fit like a blazer – sounds like a dream? Balmain made it happen. Crafted in supple lambskin, this double-breasted jacket is sharply tailored and gently cinches your waist, valorizing any body shape and adding a sensual allure to your outfits. Wear with a midi skirt for an interesting contrast, or with distressed jeans for a classic biker look.

So now that you know how to pronounce Balmain, discover our wide selection of Balmain blazers for women and Balmain for men.

How much are Balenciaga shoes?

What is Off White?

3 Ways to Style a Balmain Blazer