I want to make headgear great again, it deserves to be an essential part of men’s and women’s wardrobe. –Ruslan Baginskiy

Ruslan Baginskiy is the Ukrainian headwear brand that counts a seemingly never-ending list of A-list celebrities as fans—from Bella Hadid to Madonna to Kaia Gerber, the Ruslan Baginskiy family keeps growing. So if you’ve seen your favorite celeb sporting a boater hat recently, chances are it was a Ruslan Baginskiy hat.

But who is Ruslan Baginskiy, and how did this brand conquer the heart of fashionistas all over the world…seemingly overnight? 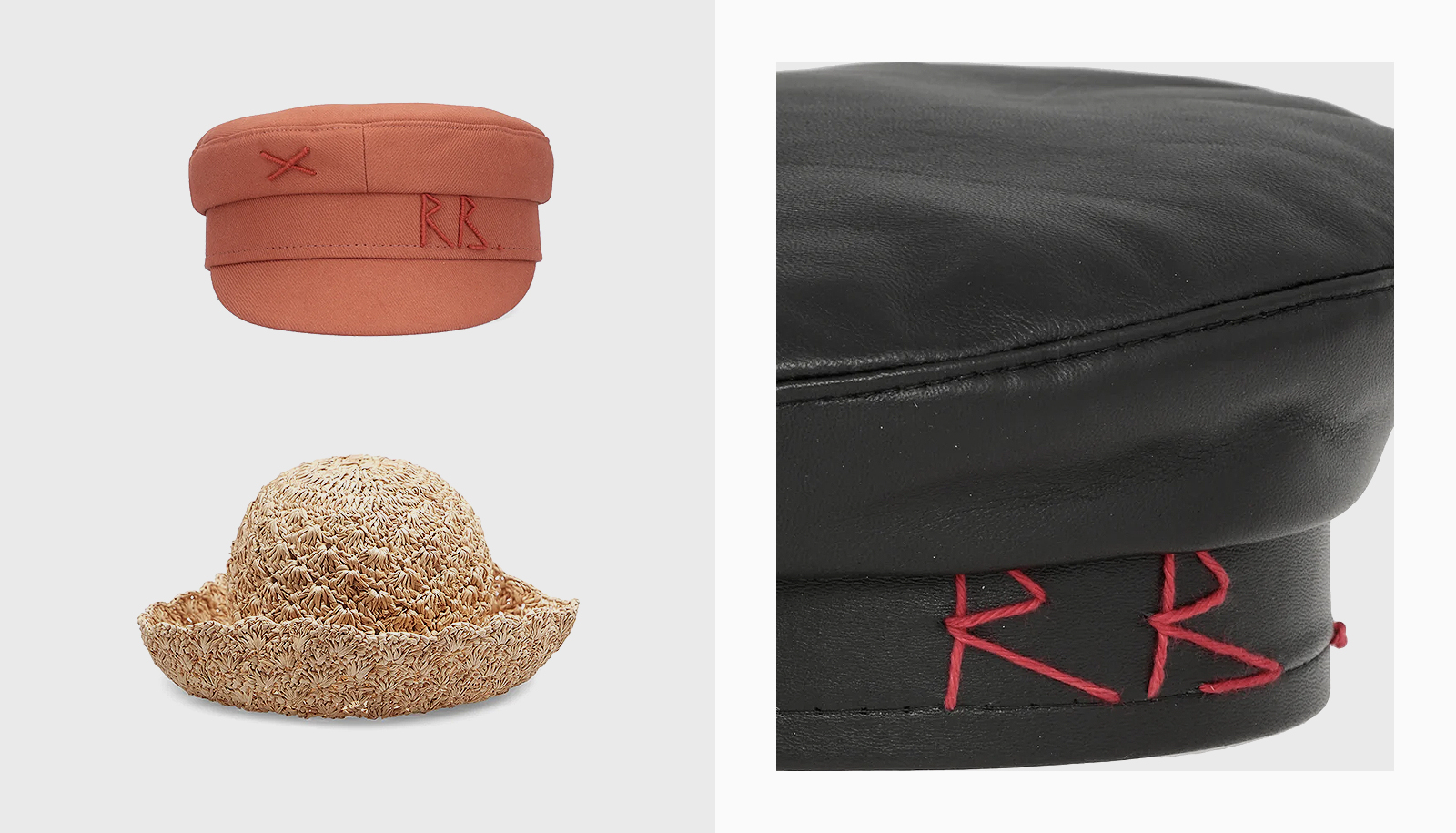 Ruslan Baginskiy was born in Lviv, Ukraine, in 1989.

Unable to afford a renowned fashion school like Central Saint Martins, he studied geography at the Ivan Franko National University of Lviv while working as a stylist for several Ukrainian designers. He created his first headwear pieces for fashion photoshoots, and gained further experience in local millinery shops. “It was a long process, but very fascinating and inspiring,” Baginskiy told Metal Magazine.

In 2015, Baginskiy founded his eponymous label. The first celebrity to discover the brand was influencer Lena Perminova, who shared a photo of herself wearing a straw boater hat with her 2 million followers. But it was after Bella Hadid wore some of Baginskiy’s creations that the brand’s Instagram account blew up, gaining fans from all over the world. 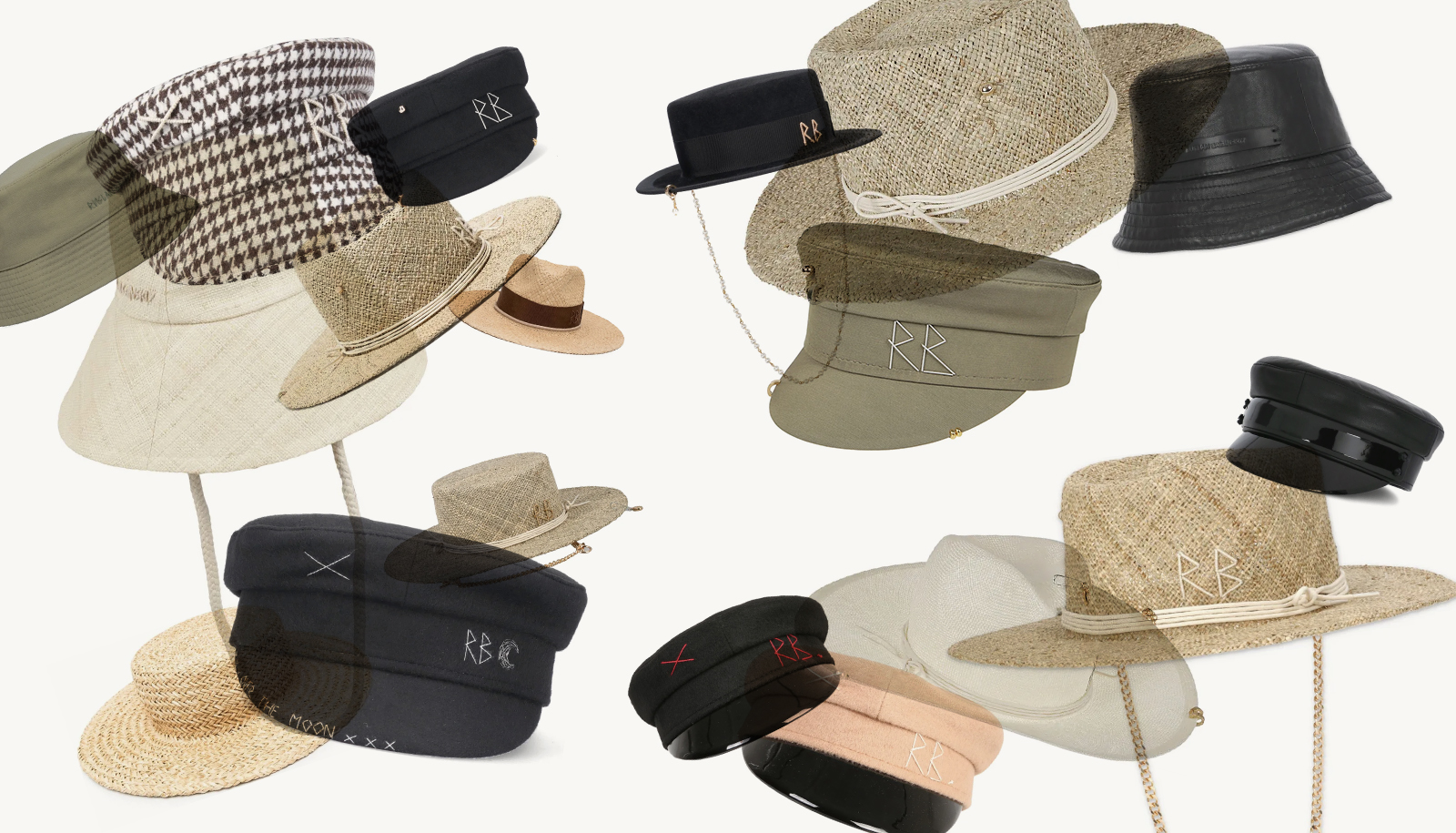 Despite his international fame, Baginskiy draws inspiration from Ukrainian customs and traditions. In 2020, Baginskiy presented his second couture collection, TSVIT, in collaboration with two Ukrainian artists—photographers Synchrodogs and stylist Julie Pelipas. Each of the seven pieces of the collection was a tribute to Ukrainian culture. 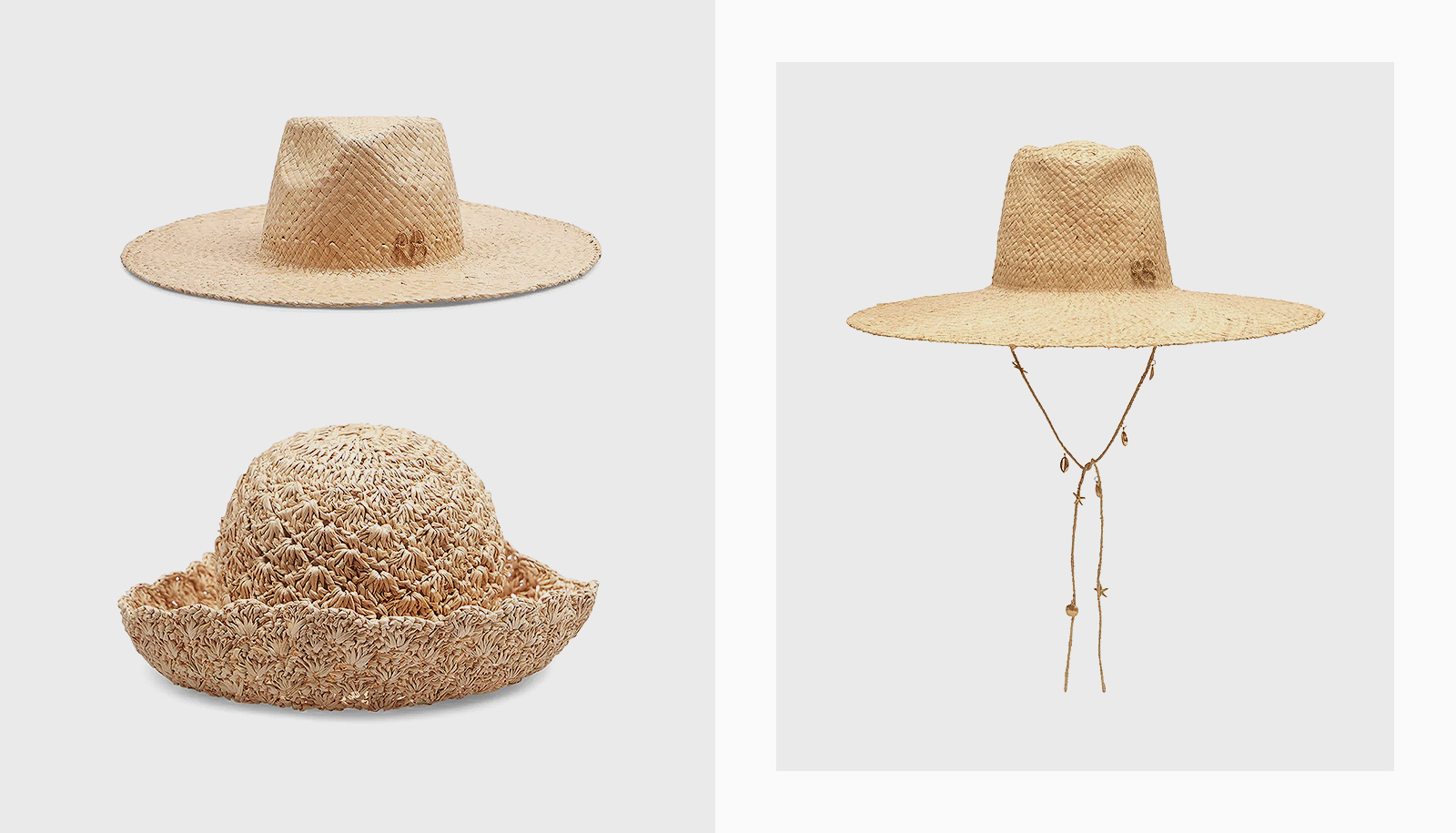 Here are our top picks this season:

This best-selling hat was born after a trip to Paris in 2016, when Baginskiy became fascinated with French train conductors’ uniforms. Today the Ruslan Baginskiy signature baker boy cap comes in over 50 styles, and every RB girl (as the designer likes to call his fans) owns at least one of these stylish hats. We especially love this beige linen version from SS22—embellished with the RB monogram and crafted from premium quality linen, this is the perfect hat for summer. Look effortlessly chic! 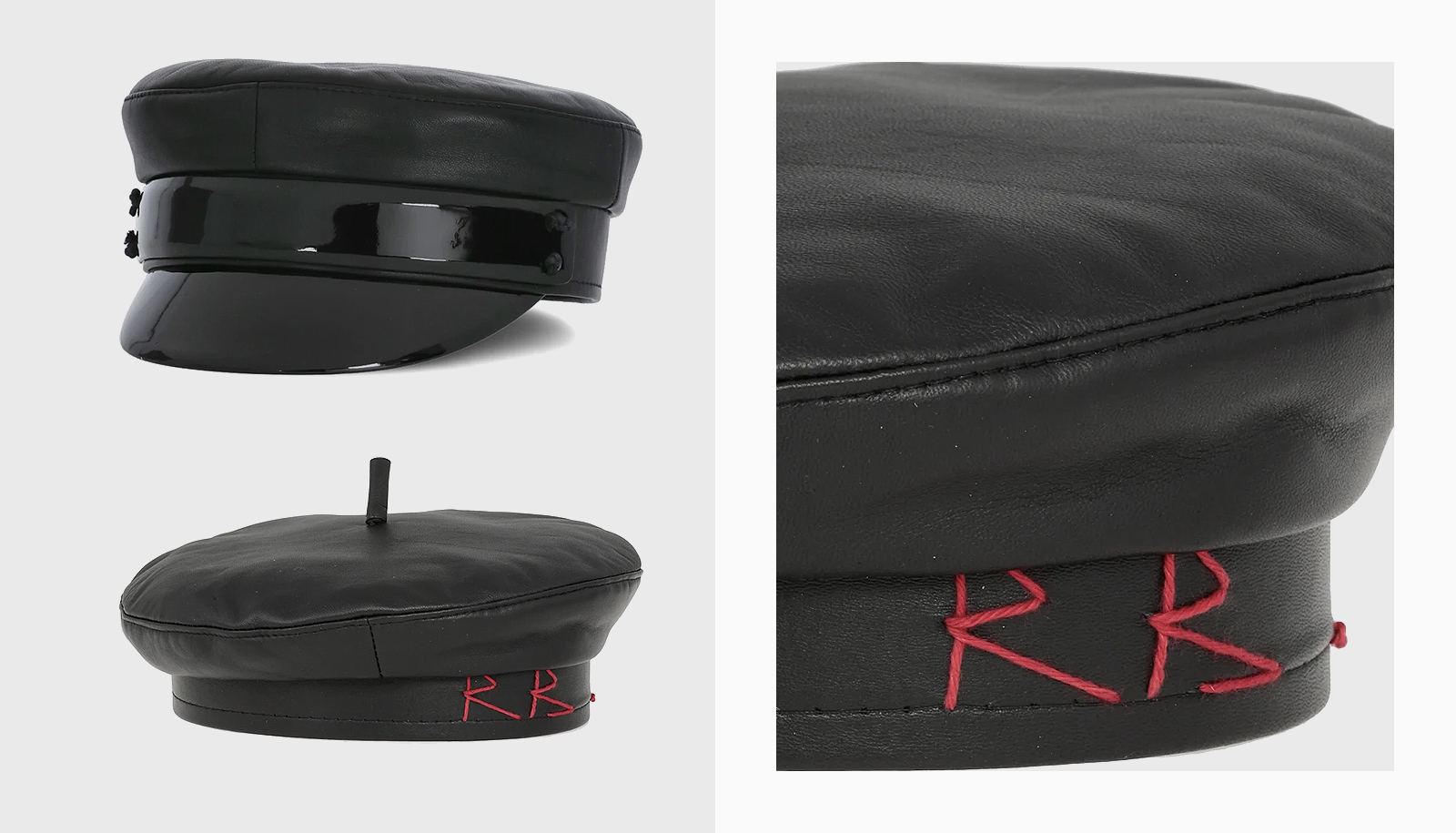 Traditionally worn by gondoliers in Venice, the boater hat is another of Baginskiy’s signature styles. In 2021, after BTS’s V (Kim Taehyung) was pictured wearing one of the brand’s straw boater hats in a teaser photo for “Butter”, the hat sold out within hours. This chic straw boater hat is embellished with the RB initials and features a straw chin strap adorned with golden starfish and shell pendants. It’s the perfect hat to protect you from the sun this summer, while looking stylish.

It’s no secret that fedoras are back in style. But Ruslan Baginskiy truly takes this classic style to the next level! The Ukrainian designer offers a range of exquisite designs, from classic felt fedoras to pearl-embellished ones. But our must-have this season is this monogram-embellished straw fedora hat—the perfect companion for your summer adventures! 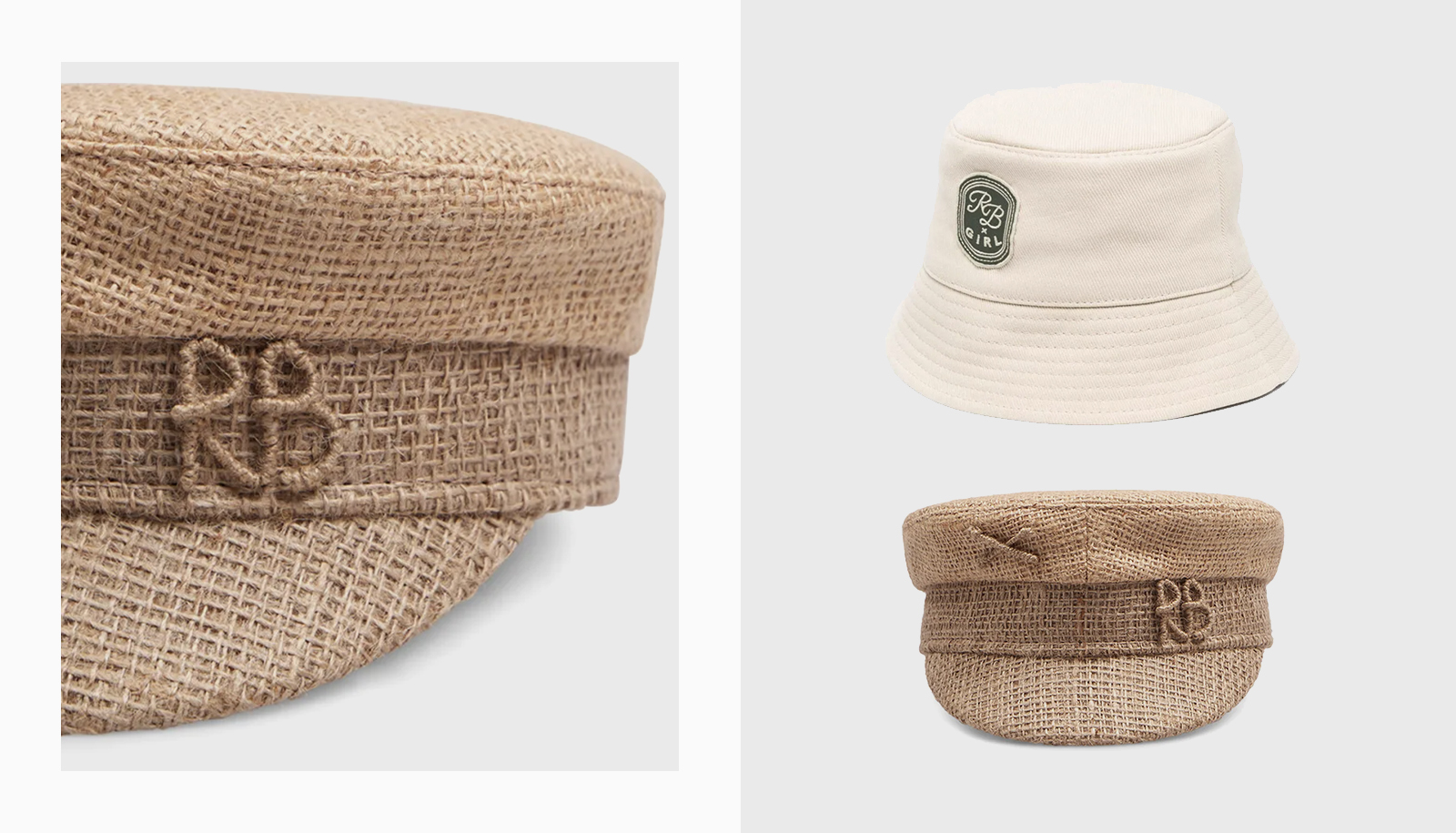 Where is Ruslan Baginskiy on sale?

Until recently Ruslan Baginskiy was selling exclusively through Instagram. It was only during the pandemic that the brand launched its online store. In July 2021, the first-ever Ruslan Baginskiy pop-up store was opened in the Parisian store Paradise Garage Store.

In an interview with Metal Magazine, Baginskiy said that, “since [his] first trip to Paris, [his] big dream is to open a boutique on Saint-Honoré, and [he hopes] it will come true soon.”

We hope so, too. But in the meantime, you can shop italist.com–we offer a wide selection of Ruslan Baginskiy hats, including baker boy caps, fedoras, boater hats, and more.

Show solidarity to Ukraine in these difficult times by supporting Ukrainian businesses. Italist stands with Ukraine! 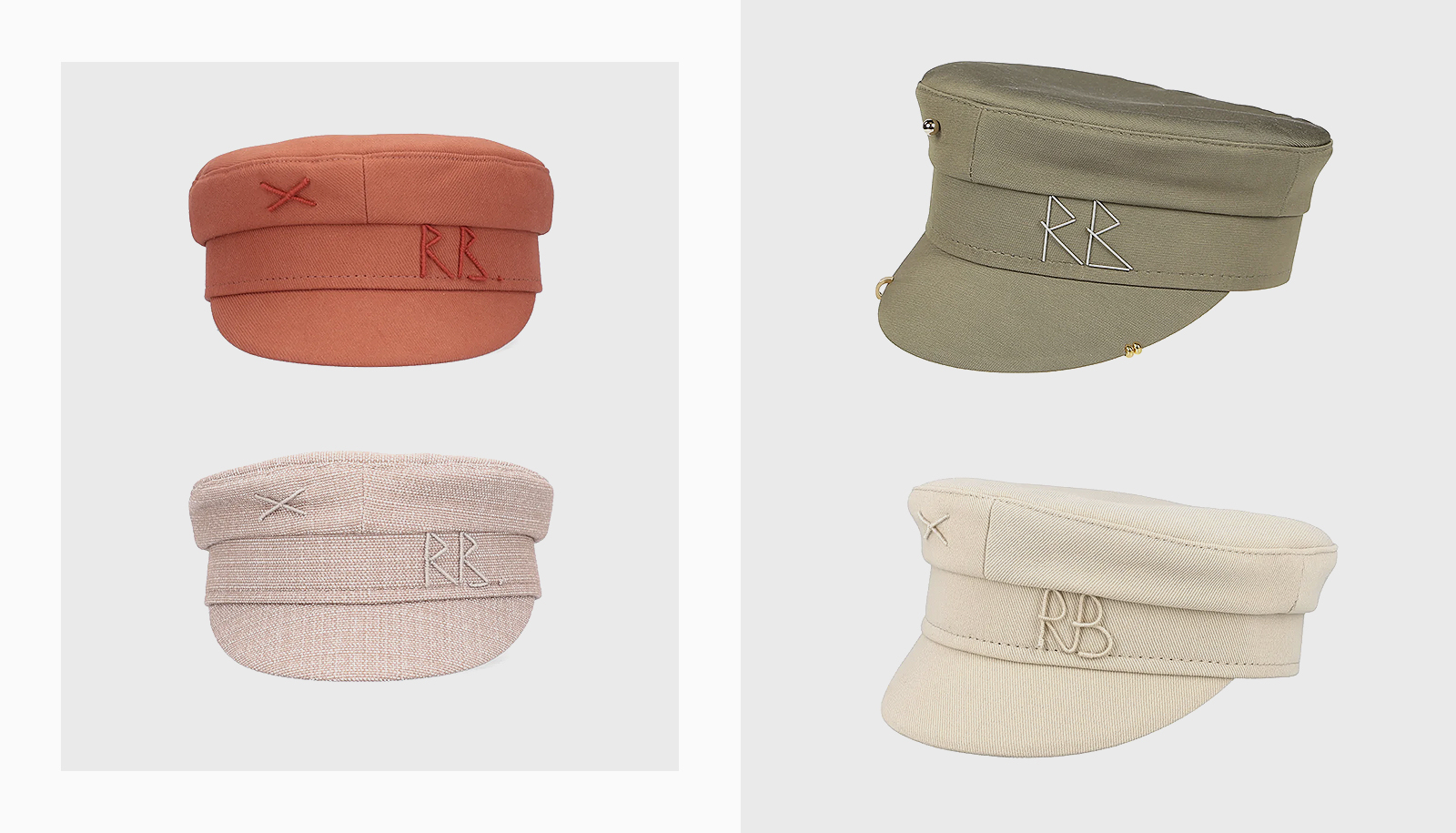 How To Pronounce Miu Miu

How to pronounce Jacquemus, the French brand that celebrates joie de vivre