Since 2004, Thom Browne’s distinctive approach to tailoring has earned him international fame and the approval of countless celebrities, including Michelle Obama, who wore one of his creations to the 2013 presidential inauguration, Maisie Williams, Cardi B, Lee Pace, and Timothée Chalamet.

Thom Browne’s designs are memorable, and so are his fashion shows: more akin to theatrical productions than traditional runway shows, they never fail to deliver. Over the years, Browne has transformed the runway into a blossoming garden, a winter wonderland, and a lawn full of garden gnomes (yes, the models were the gnomes). 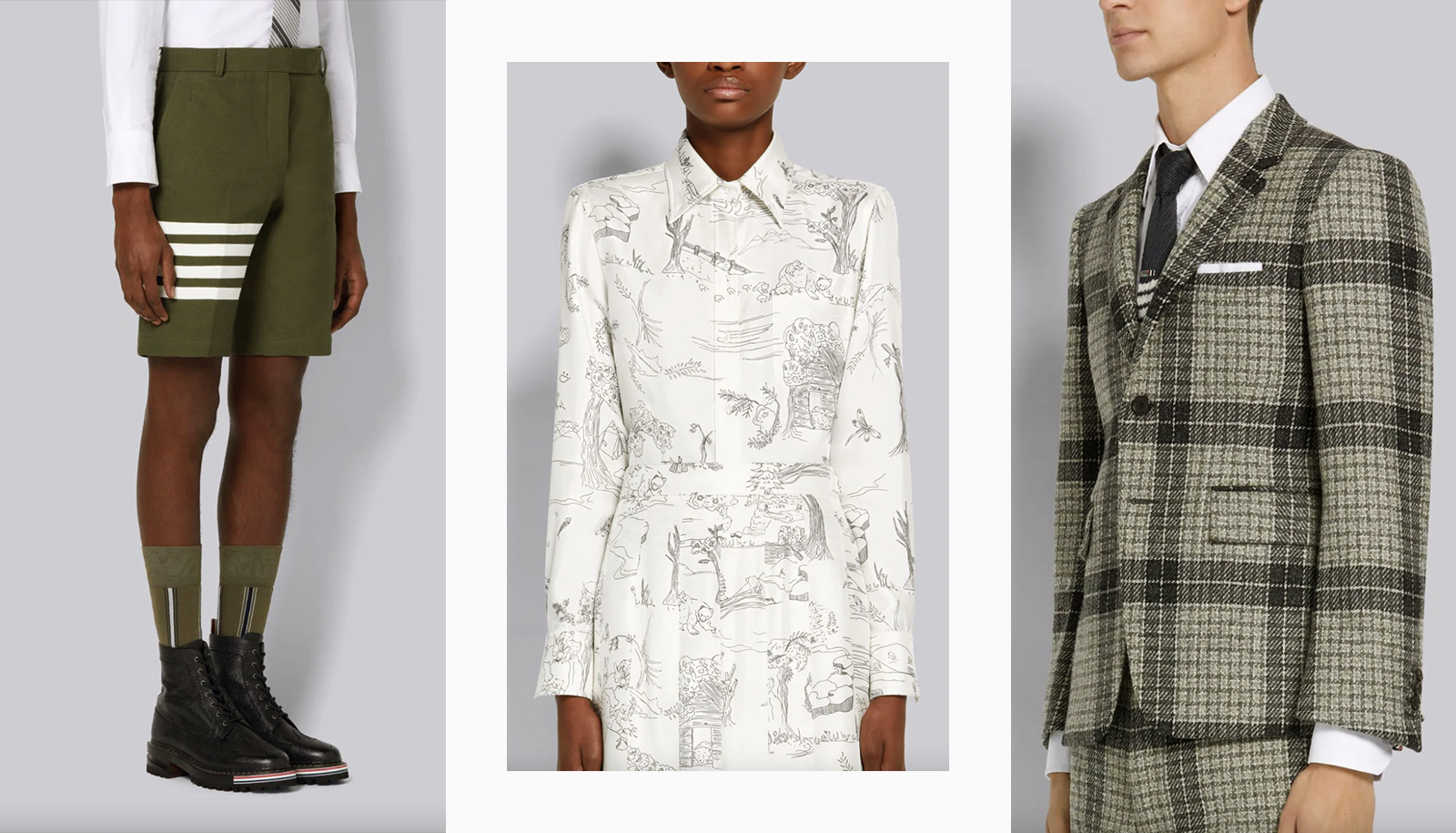 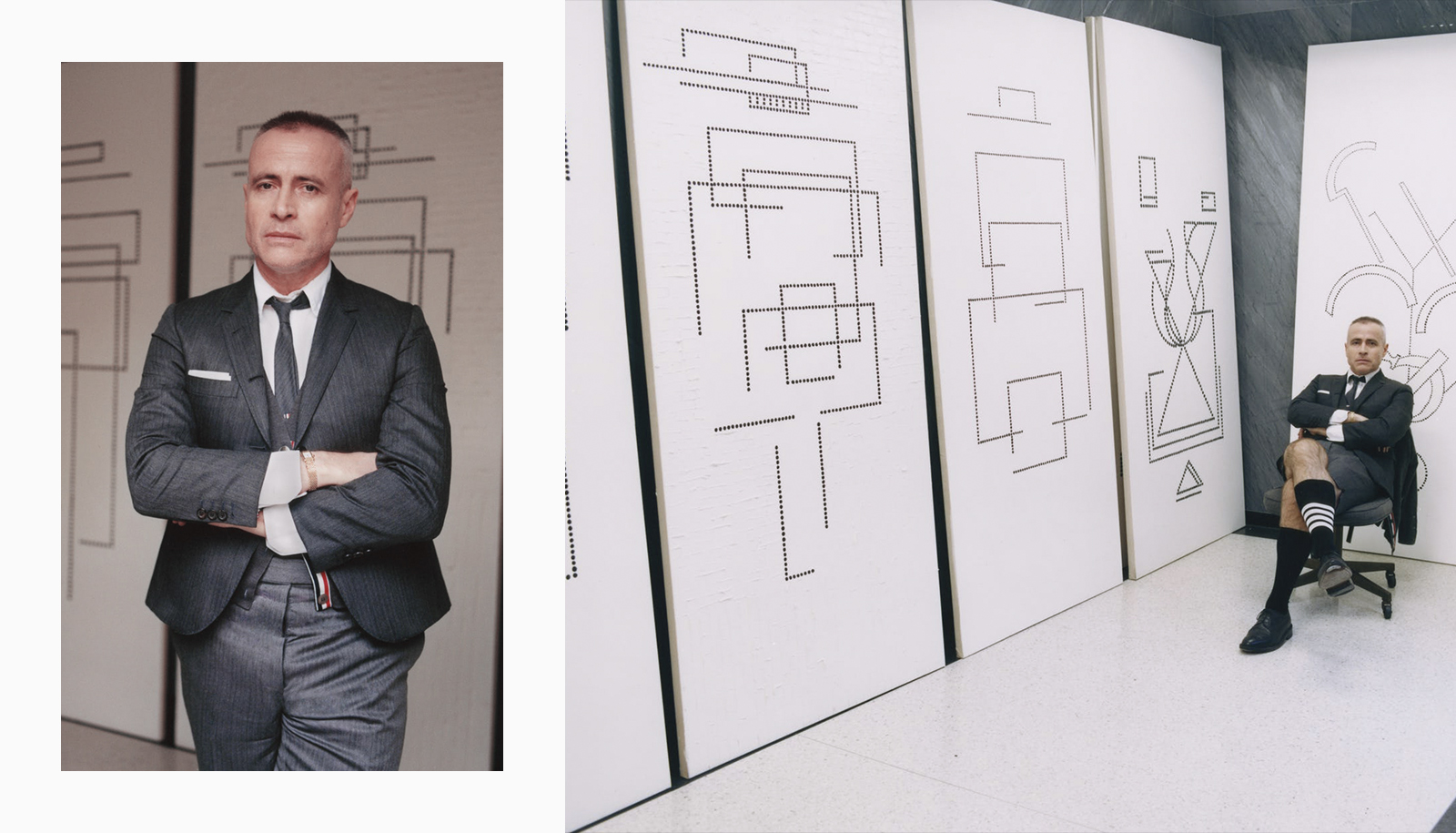 Who is Thom Browne?

Thom Browne was born in 1965 in Allentown, Pennsylvania, one of seven siblings. After graduating with a degree in Economics from the University of Notre Dame, he moved to Los Angeles, where he pursued an acting career.

That’s when he met Johnson Hartig, founder of Libertine, and started to develop an interest in fashion: short of money, the two would buy their clothes from vintage stores, and Browne would modify them to his taste. 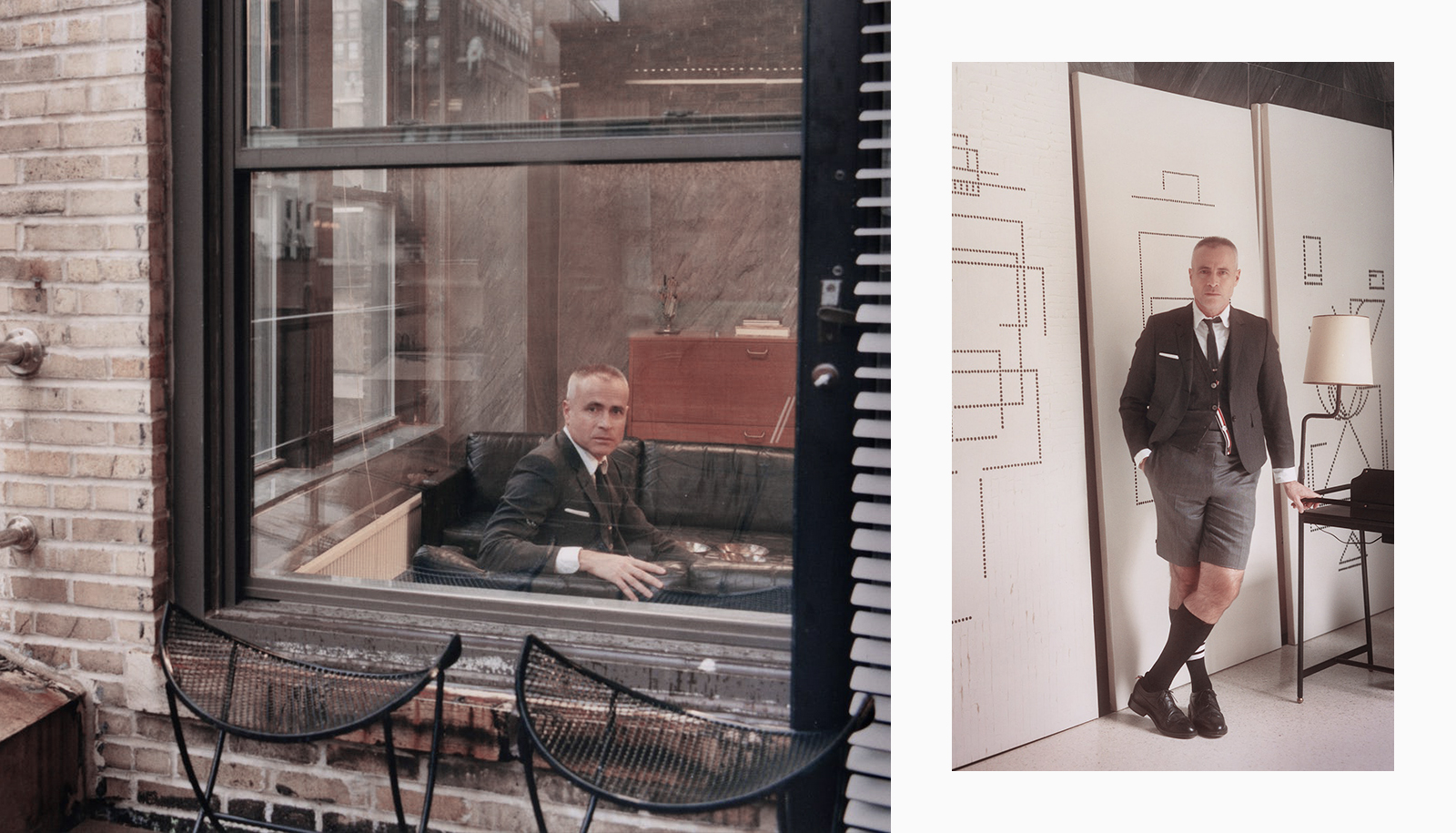 In 1997 Browne moved to New York, where he worked first as a salesman for Giorgio Armani, then as Team Lead for Creative Development for Club Monaco, a brand that had been recently acquired by the Polo Ralph Lauren Group. Working together with Ralph Lauren, who Browne describes as a “visionary”, Browne learned about the fashion industry, and was encouraged to stay true to himself.

“I wanted tailored clothing in the proportions that didn’t make it feel like I was wearing a suit,” he told 10 Magazine.

And that’s exactly what he created. 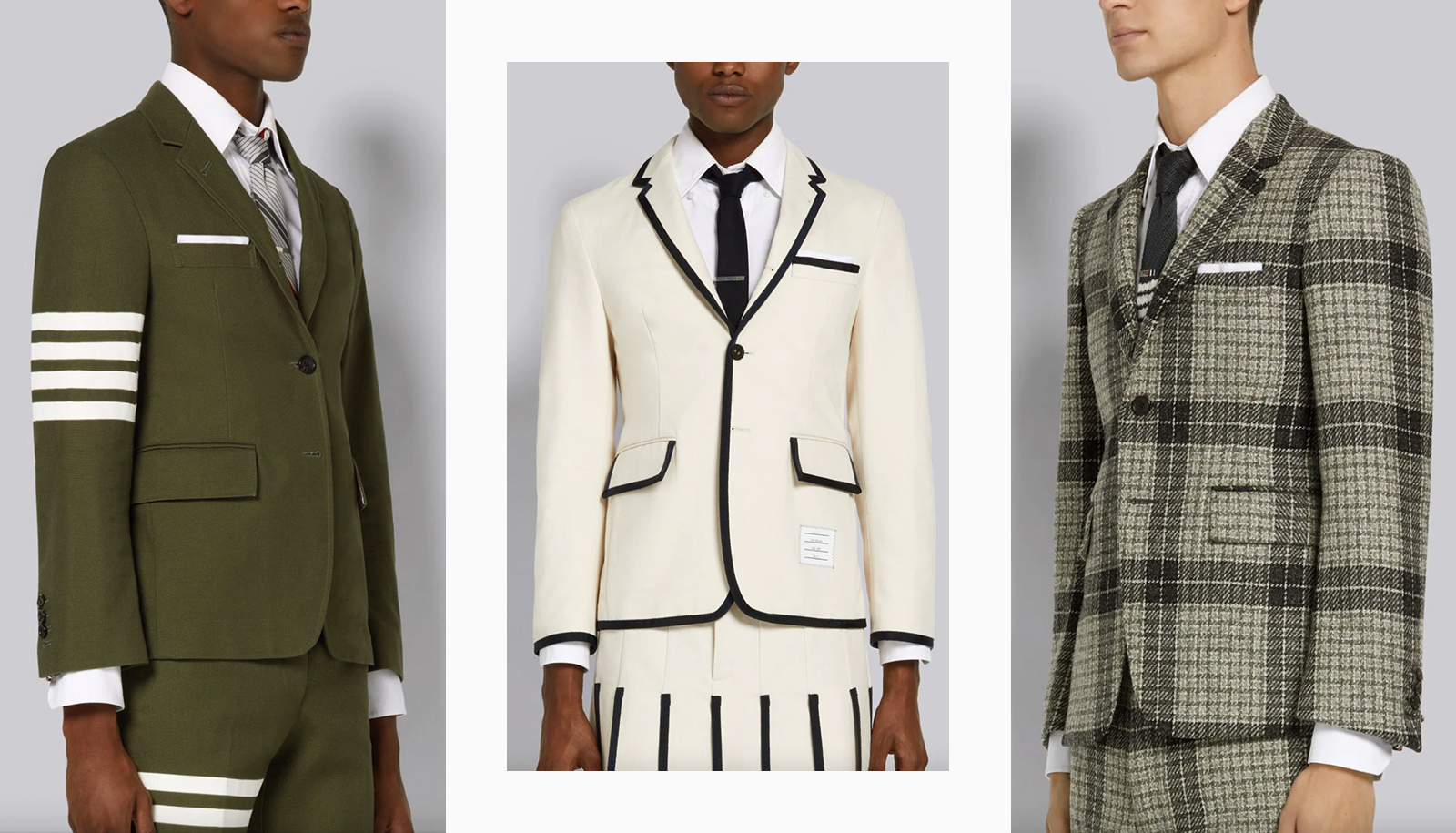 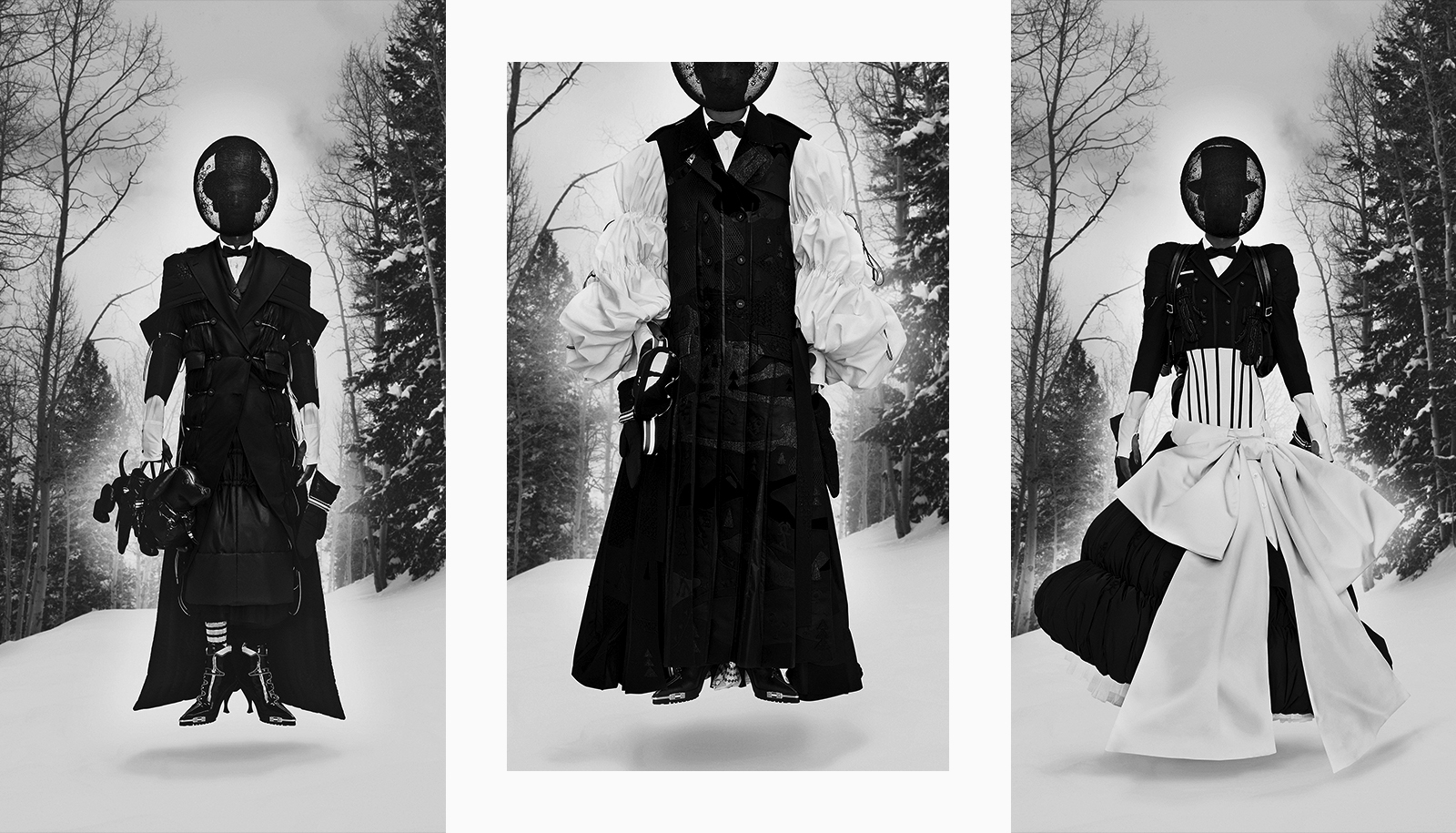 In 2001, when fashion was taking a sharp turn towards streetwear and casual clothing, Thom Browne swam boldly against the current and launched his eponymous label: his first collection consisted of five suits featuring unexpected proportions and impeccable tailoring. They could be purchased in a small, by-appointment shop in New York’s West Village.

Browne’s designs were unusual, surprising, and memorable. They quickly made an impact on the fashion world. In 2004, the designer launched his first men’s ready-to-wear collection, and, in 2011, he expanded into womenswear. 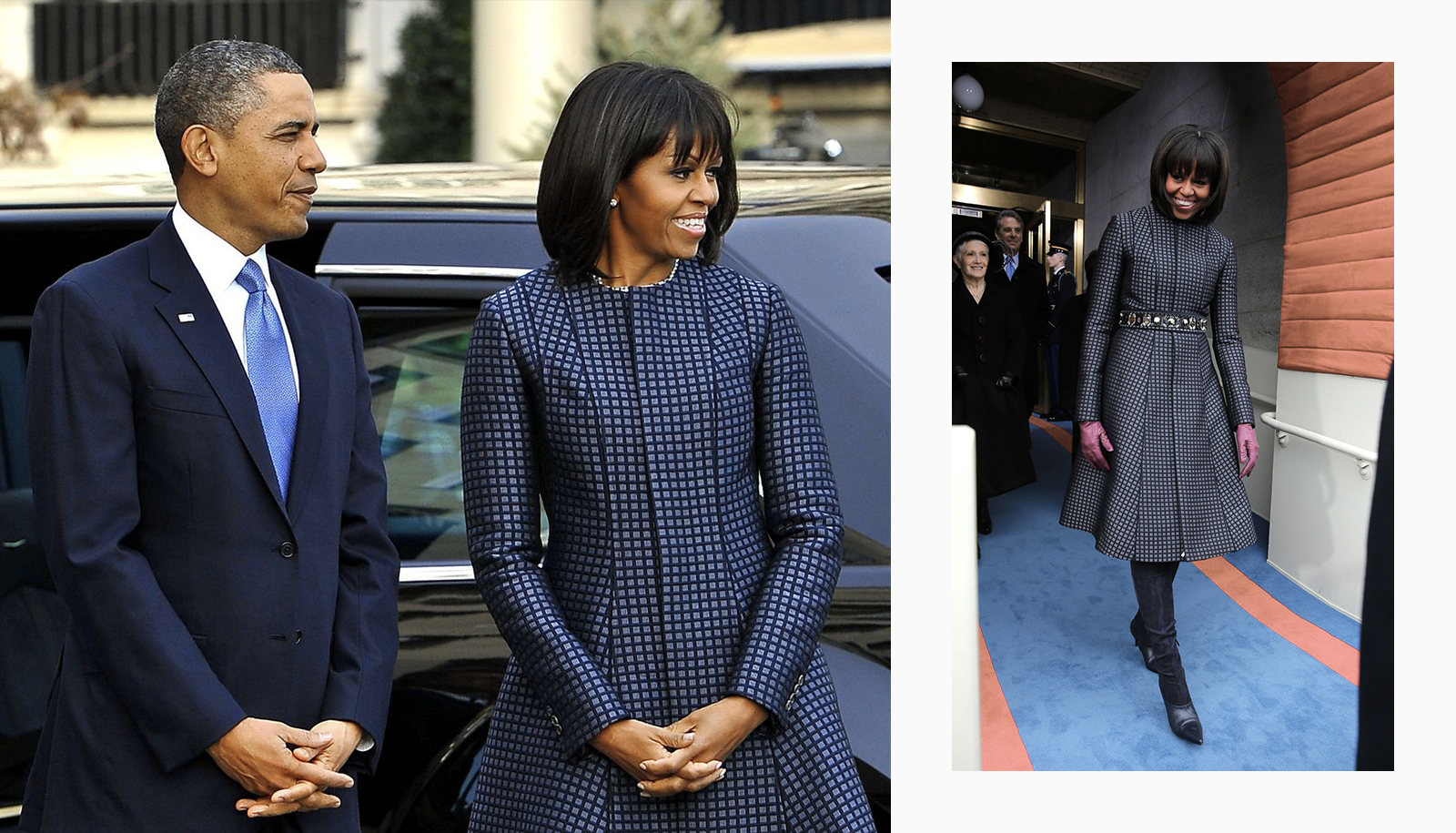 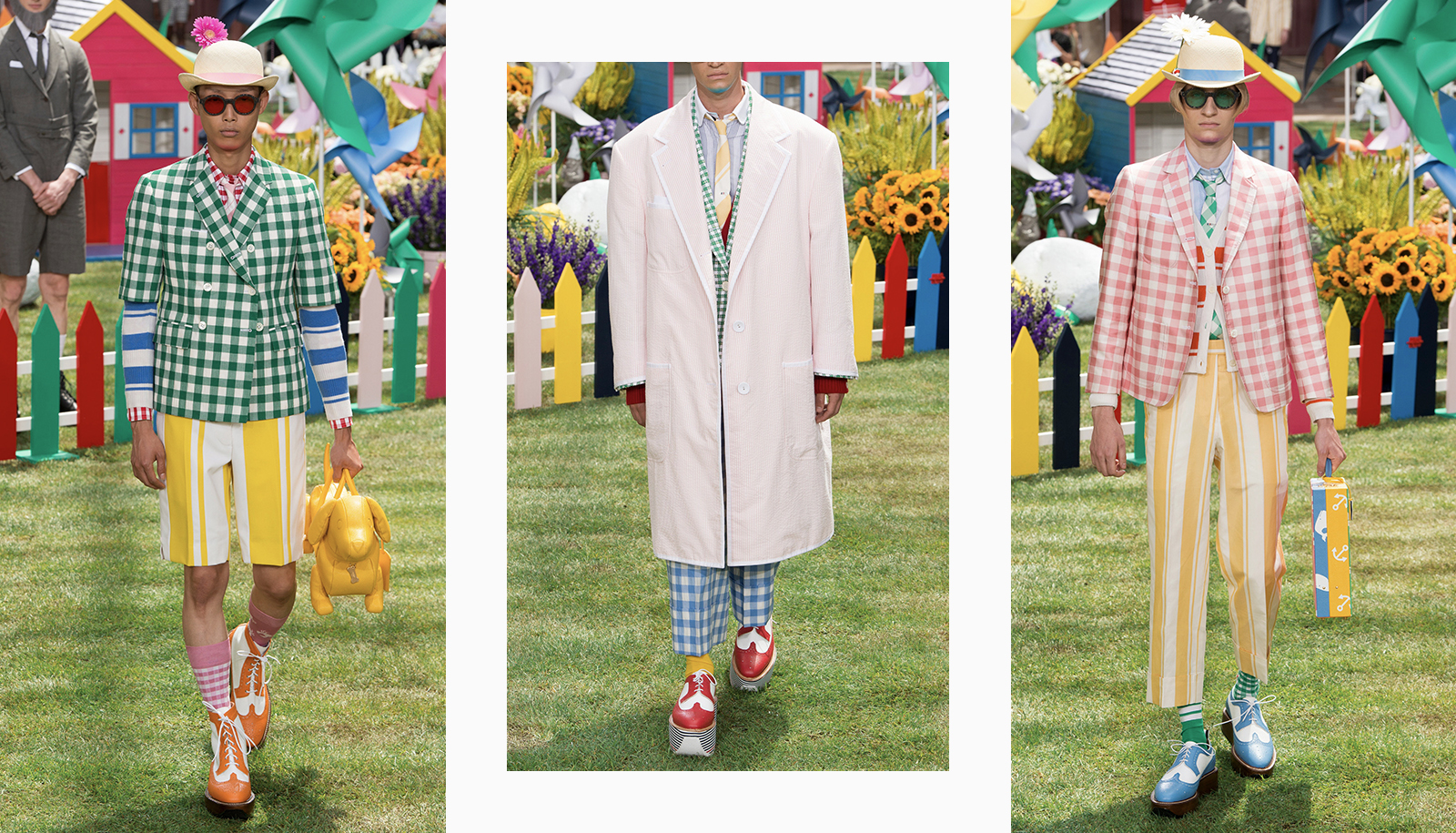 His signature shrunken suits, recognizable by the iconic red, white, and blue grosgrain, are reminiscent of the America of the 1950s and 1960s—Browne claims his father was his main source of inspiration. By playing with proportions, Browne is challenging the status quo, offering a fresh take on a traditional garment.

And while the grey three-piece suit is undeniably his signature piece, Thom Browne has a lot more to offer: find pleated skirts, buttoned hoodies, cardigans, and leather accessories. Over the years, Browne has collaborated with several brands, including Brooks Brothers, Moncler, Supreme, and even Samsung Galaxy.

Is Thom Browne worth it? 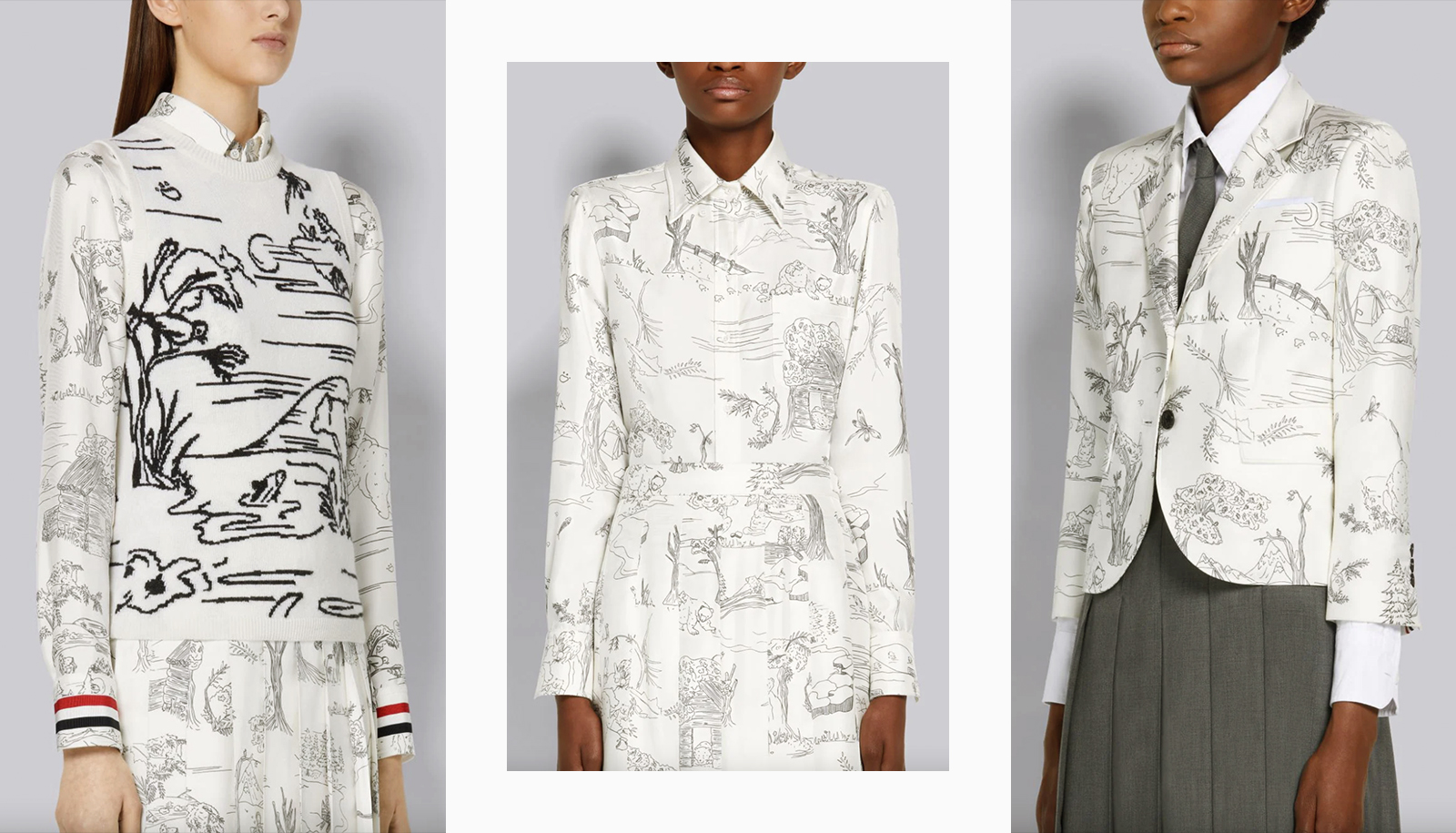 So the question naturally arises: is it worth it?

We truly believe so.

When buying a Thom Browne piece, you’re investing in impeccable quality, creativity, and innovation. Each Thom Browne piece is crafted with meticulous attention to detail using only the best materials: silk, merino wool, cashmere…made in the USA, Italy, or Japan. 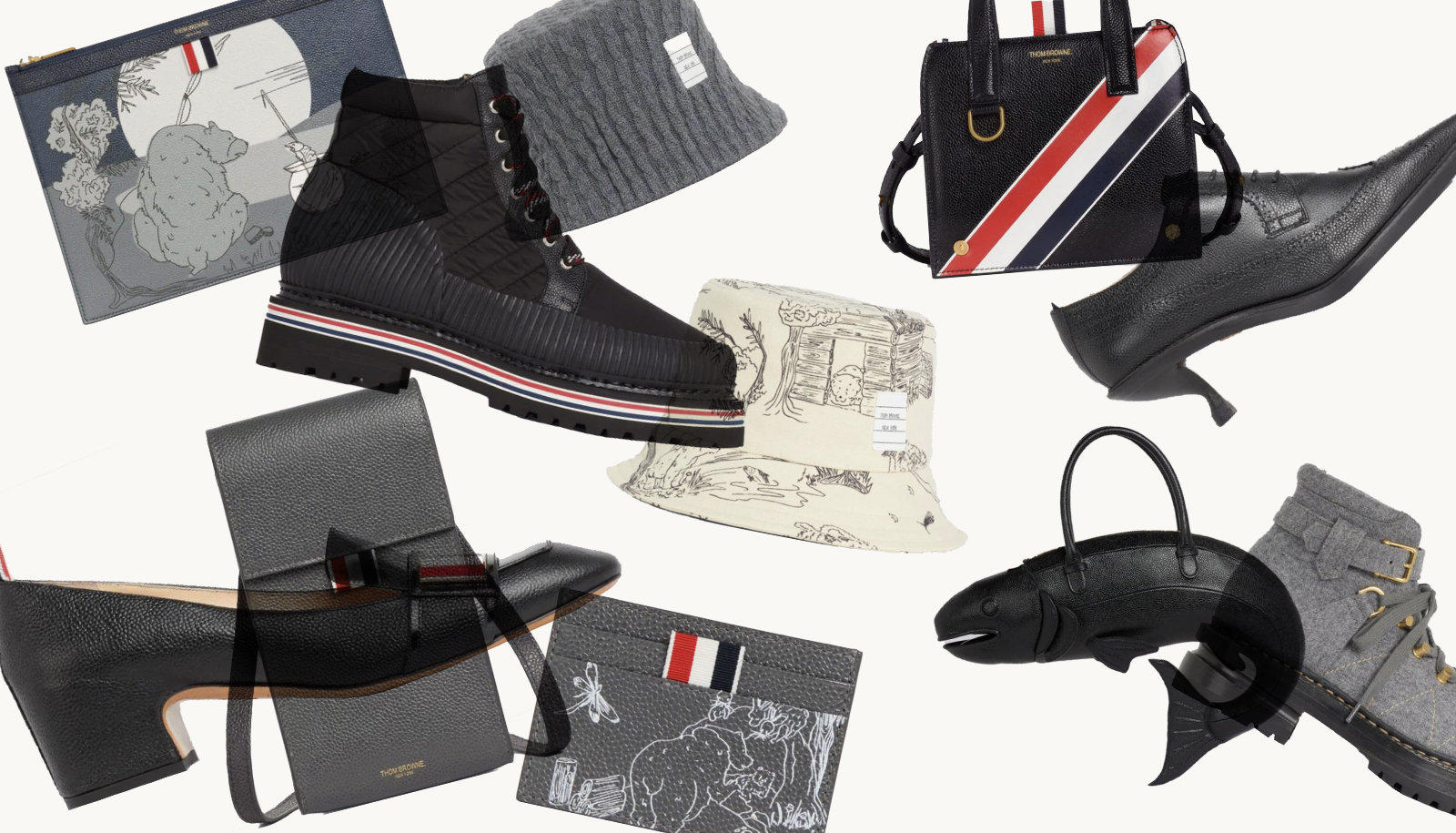 Etro: the house of Etrovaganza

Everything you need to know about Stella McCartney

Preppy Style, But Make it Global