Find the answers to all your questions about Versace: how to pronounce Versace, who is Donatella Versace, and where is Versace made?

Versace is undoubtedly one of the most iconic luxury fashion houses in the world–founded by legendary designer Gianni Versace in 1978, it stands both for glamorous classicism and rebellious innovation. Just like the snake-haired Medusa, the brand’s iconic logo, Versace seduces and mesmerizes. 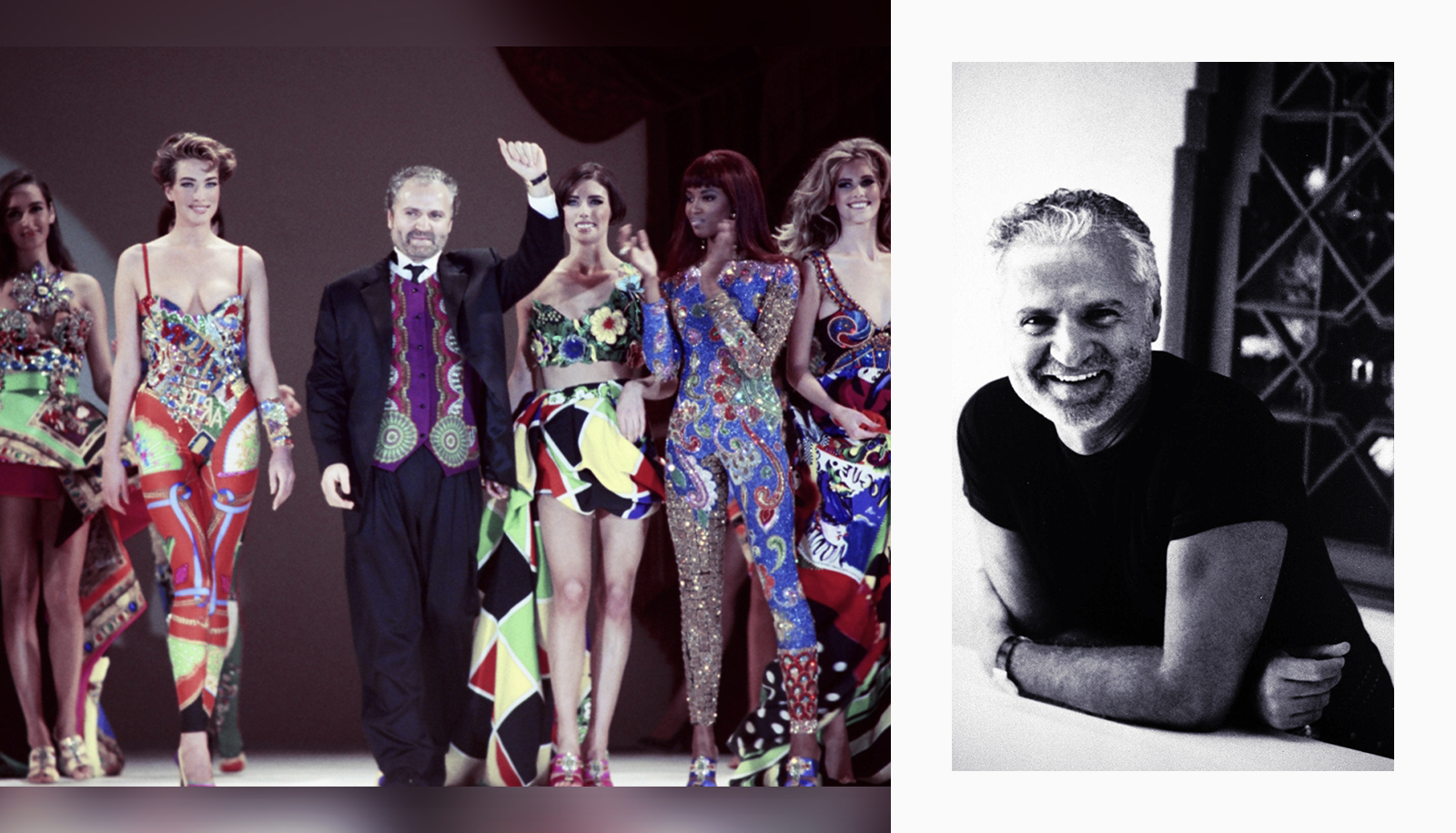 How to pronounce Versace

Chances are, you’ve been saying Versace wrong (Drake has, too). And the brand itself is calling you out. Here’s how to pronounce Versace.

In 2018, Versace posted a video on Instagram as part of the Clans of Versace ad campaign featuring supermodels Bella Hadid, Gigi Hadid and Liu Wen (among others) and Donatella Versace, setting the record straight once and for all: “It’s Ver-sa-chEH, not Ver-sa-chee”.

It might seem like a subtle difference, but if you listen closely there’s a clear distinction between the two versions. 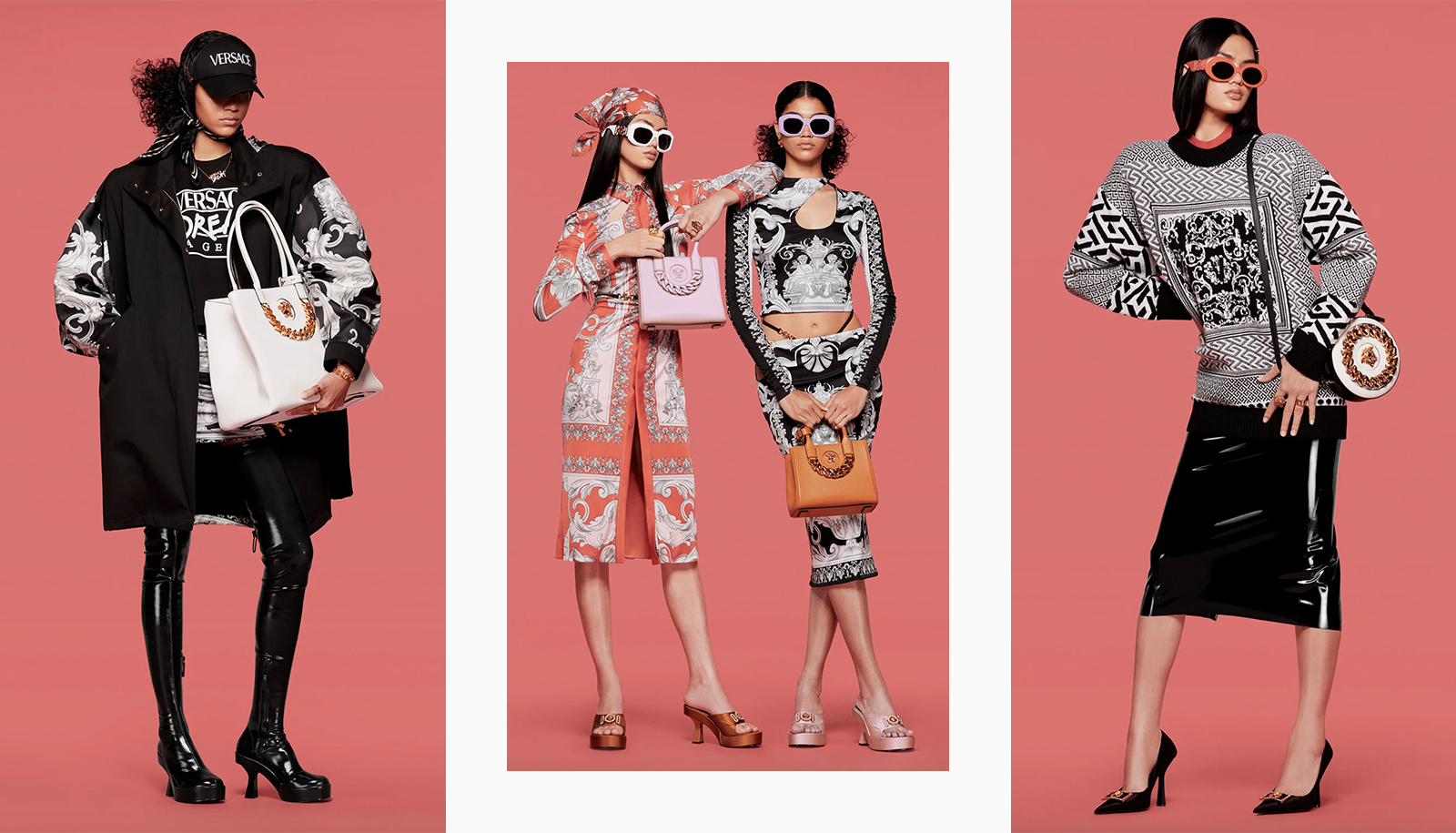 If you need some practice, we recommend you watch the Instagram tutorial a couple of times. What bigger honor than learning from fashion matriarch Donatella Versace herself, sister and muse of the founder of the iconic label?

Gianni Versace was born in 1946 in Reggio Calabria, Southern Italy. He grew up in the world of fashion, helping his mother in her sewing business. At the age of nine, he designed his first dress. 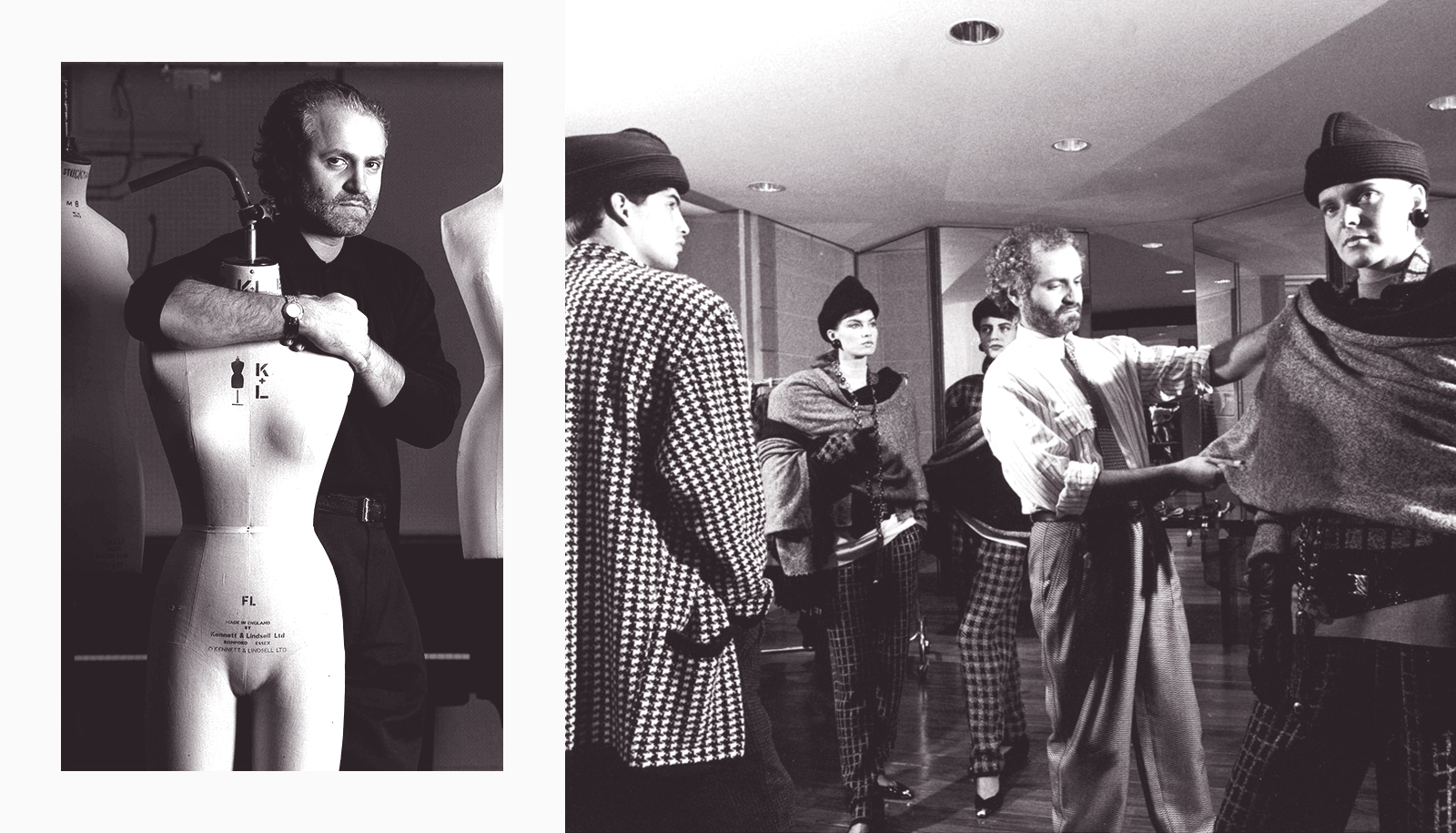 In 1972, Gianni moved to Milan and was appointed creative director of Byblos, the youthful line of Italian brand Genny (read our Q&A with Genny). He also designed for Complice and Callaghan.

Soon, Gianni decided to launch his very own fashion brand under the name Gianni Versace Donna. He opened the first Versace boutique in Milan, Via della Spiga, in 1978. Gianni’s older brother Santo and his younger sister Donatella were employed respectively as president and vice president of the company.

Endorsed by celebrities of the likes of Elton John, Madonna and Michael Jackson, and known for its trademark siren dresses, Versace revolutionized the fashion industry with glamorous, eclectic designs, featuring flashy prints and bold colors. With sensational advertising campaigns and fashion shows, Gianni Versace is credited with having created the “supermodel vogue” of the 1990s. 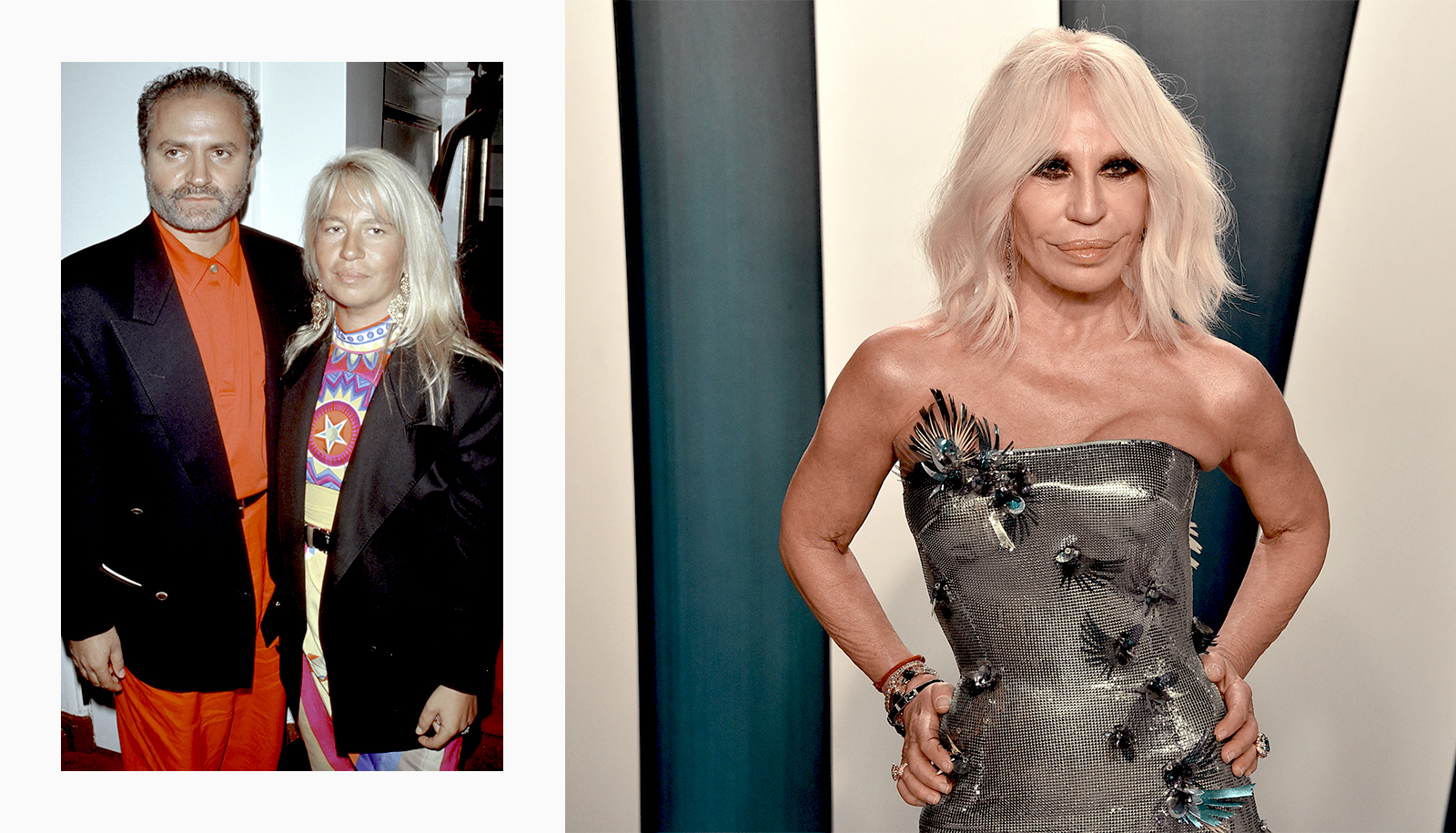 Following Gianni’s tragic death in 1997, his sister Donatella became creative director of the brand. Today, with her signature platinum blond hair, she is the recognizable face of the Versace fashion empire. She has kept the brand identity consistent with Gianni’s vision—innovative, strong, and glamorous.

What is Versus Versace?

Versus was the first diffusion line created under the Versace umbrella —it was created in 1989, as a gift from Gianni to Donatella, his sister, muse, and vice president of the company.

According to Gianni, Versus was born with “an innate creative approach, with a strong focus on innovation, flair and the unconventional. An artistic force that takes present fashion forward, anticipating new trends and embracing challenge”. 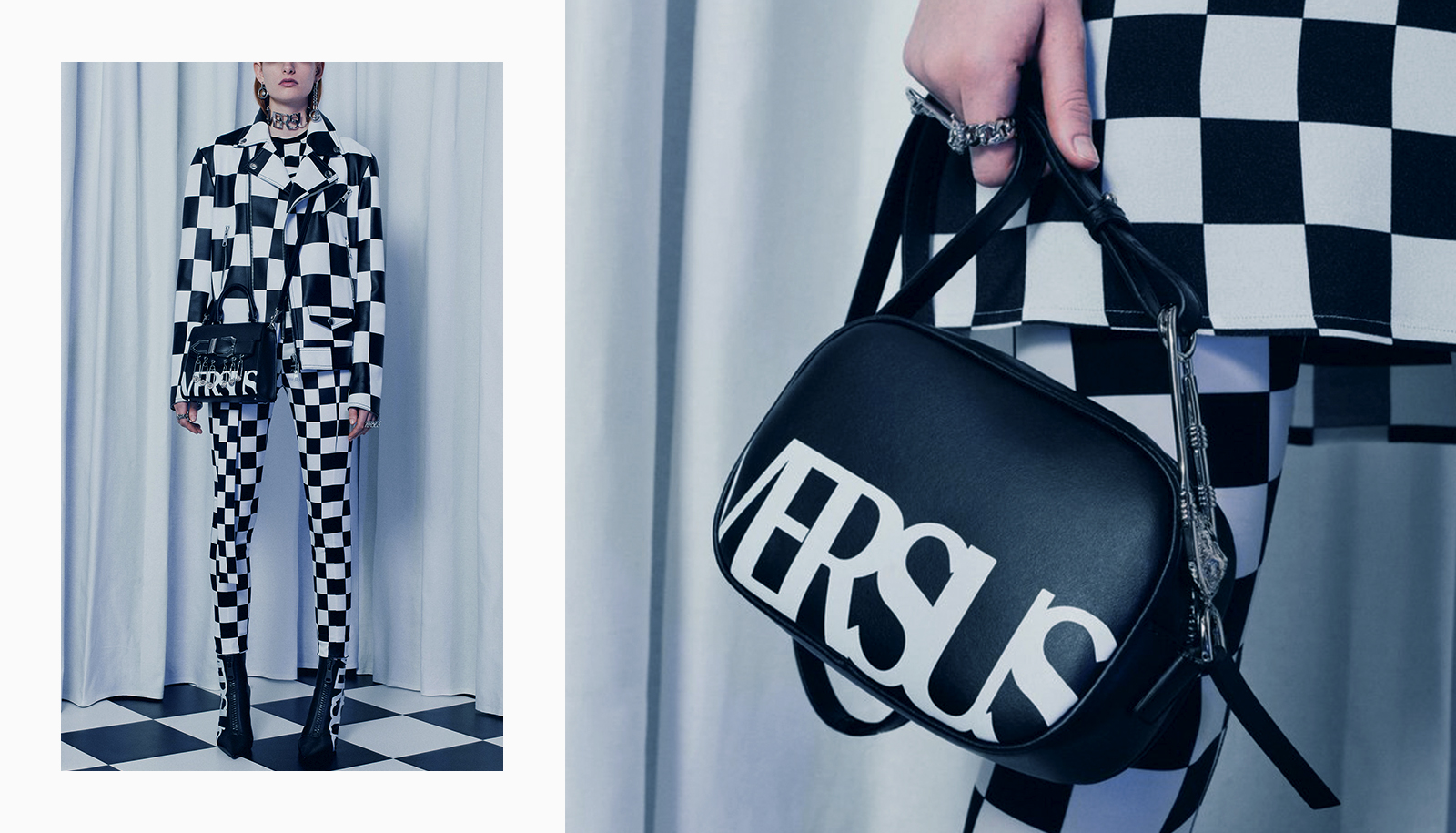 Known for its distinctive rock-chic, modern and unconventional looks, Versus was endorsed by many celebrities. However, after Michael Kors purchased Versace in 2018, the first business decision was to integrate Versus with Versace Jeans, forming Versace Jeans Couture (VJC), which today is the only Versace diffusion line.

According to chief executive officer Jonathan Akeroyd, “this merger will allow [Versace] to further develop the Versace Jeans collections and at the same time not to lose the DNA and codes that made Versus so iconic.” 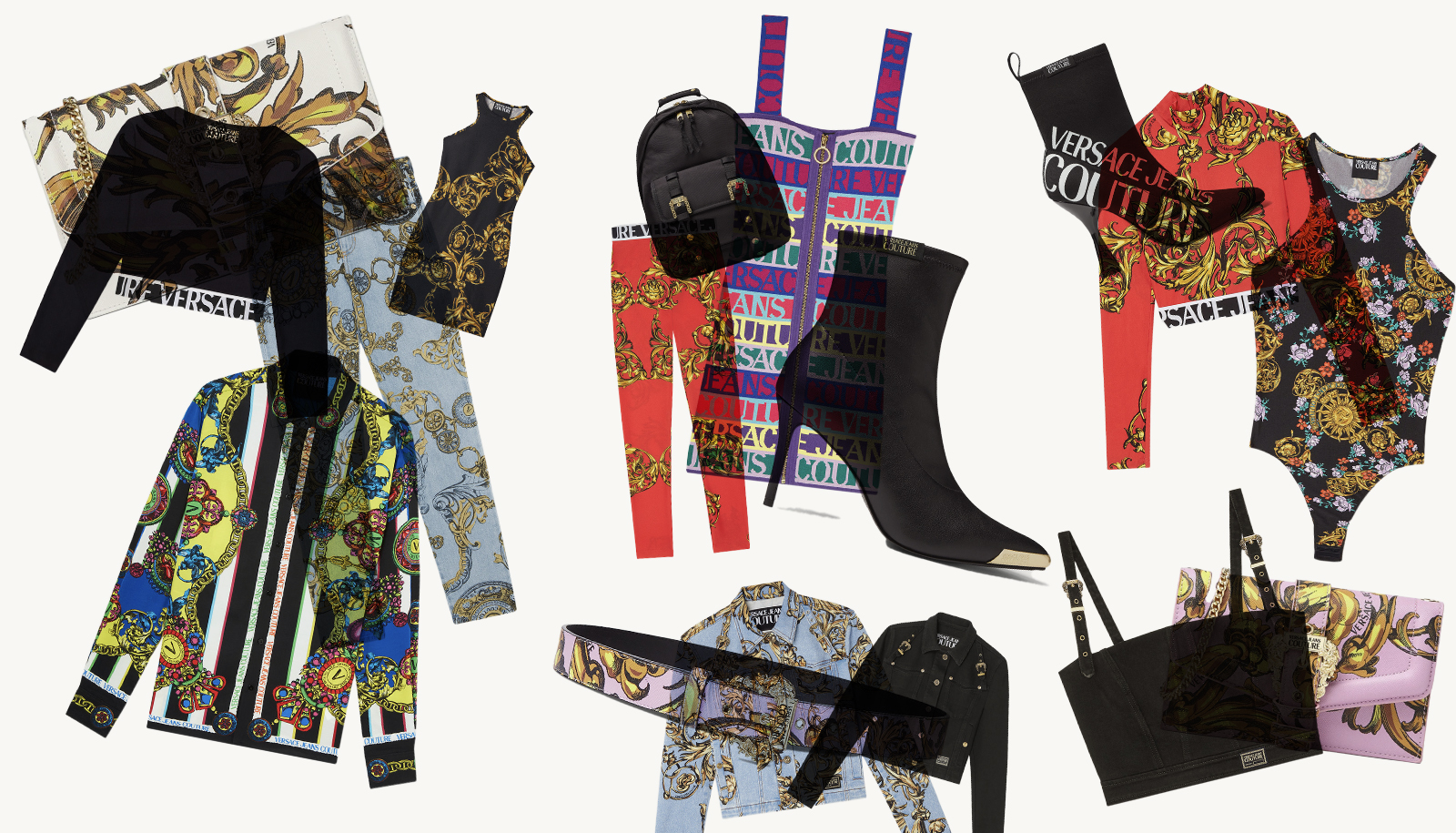 Where is Versace made?

Versace produces most of its goods in Italy.

As Donatella stated in an interview to La Stampa, “Fashion could be a magnet for young people looking for a future in Italy. Versace will create many new jobs, we produce everything here […] The Made in Italy label is a very important value that gives enormous growth prospects.”

So check your pieces—if they’re made elsewhere (e.g. made in China), you’re dealing with a fake!

At italist, we guarantee that you’re buying brand new, in-season, completely authentic luxury goods at the Italian retail price, which is typically lower than retail prices around the world.

A Q&A with Federica Tosi, the innovative and glamorous Italian designer

Versace or Versace Jeans Couture – Is there a Difference?