From tracksuits to polo shirts and running shoes, Team Italy is outfitted from head to toe in custom Giorgio Armani for the 2016 Summer Olympics and we love seeing our athletes in action.

Giorgio Armani continues its collaboration with CONI, Italy’s National Olympic committee, as the official outfitter for Italy’s Olympic Team for the 2016 Summer Olympics and Paralympics. The fashion house is no stranger to outfitting athletes at the event either, as they did so for the London Olympics in 2012. 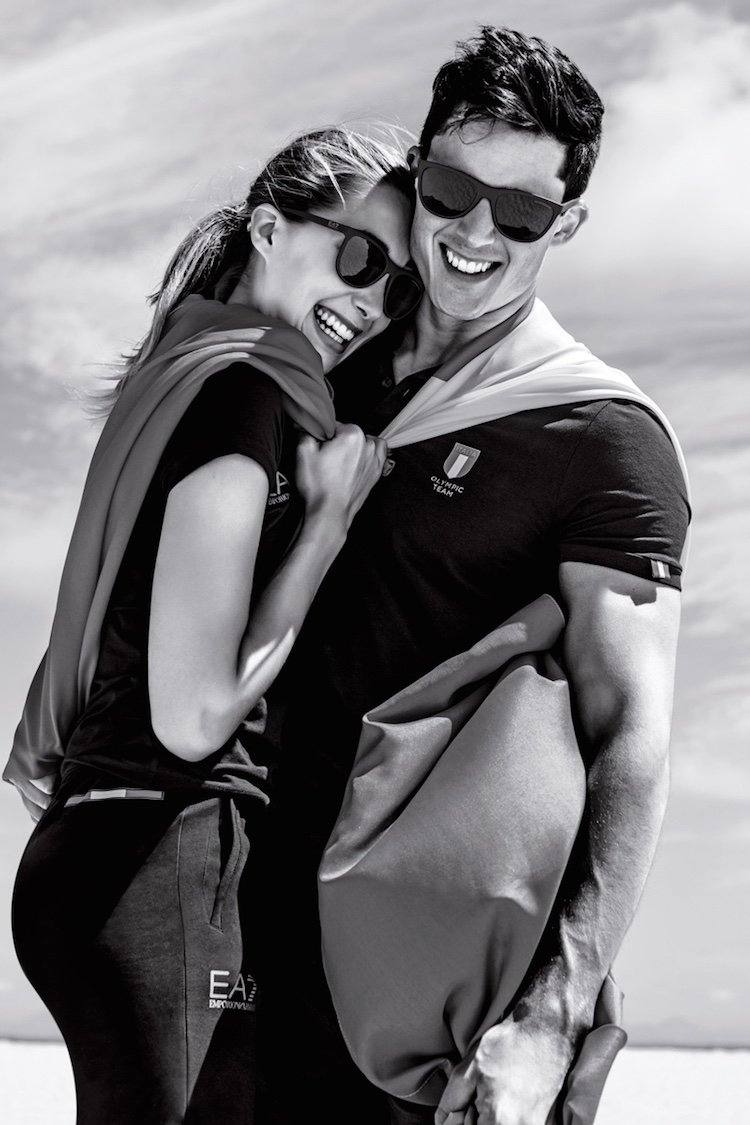 From gymnastics to track, soccer to sailing, expect our Italian super athletes to electrify in their Armani uniforms at the 2016 Summer Olympic Games. Giorgio Armani designed all the formal and leisure wear for the athletes. And, if you don’t already have your DVRs queued, the Games are already underway and run through August 21st.

The fashion house unveiled their 50-piece Olympic collection in Milan and later with the EA7 Campaign and lastly the gran d reveal during the Opening Ceremony in Rio this past weekend. As imagined, everything about the collection enforces Italy’s flair for craftsmanship.

EA7 Campaign for the 2016 Summer Olympics 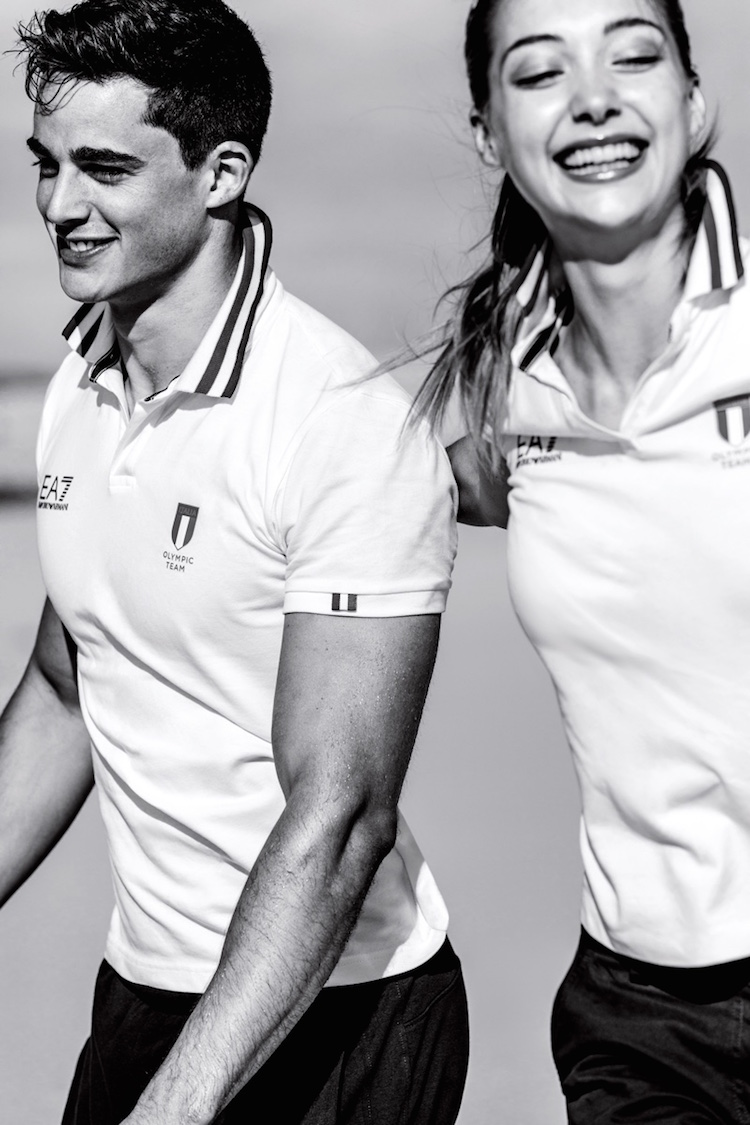 Models Penny Lane and Pietro Boselli star in the beautiful black and white campaign. The images were shot on the gorgeous white beaches on Fuerteventura in the Canary Islands by photographer, Serge Guerand. If you thought you recognized Penny and Pietro, you’re memory serves you right. Both have modeled for the fashion house before for the spring-summer 2016 catalog from Emporio Armani’s EA7 swimsuit and activewear collection.

For this special Olympic campaign, the models show off their athleticism and showcase the movement of the collection. From sunglasses to polo shirts to jackets and swimsuits, we’re all eager to see the uniforms play in action at the Olympic Games.

Each athlete will receive an Armani Kit containing everything custom designed by the fashion house. All the pieces come in Armani’s iconic midnight blue, and bear the EA7 logo, the word “Italia” and the new logo of the Italy National Olympic committee. And, as an added touch, the lining of the jackets and sweatshirts will carry the first verse of the Italian national anthem in gold italic script. The opening words of the Italian anthem also appear on the blue strip, under the raised collar, of the polo shirt. 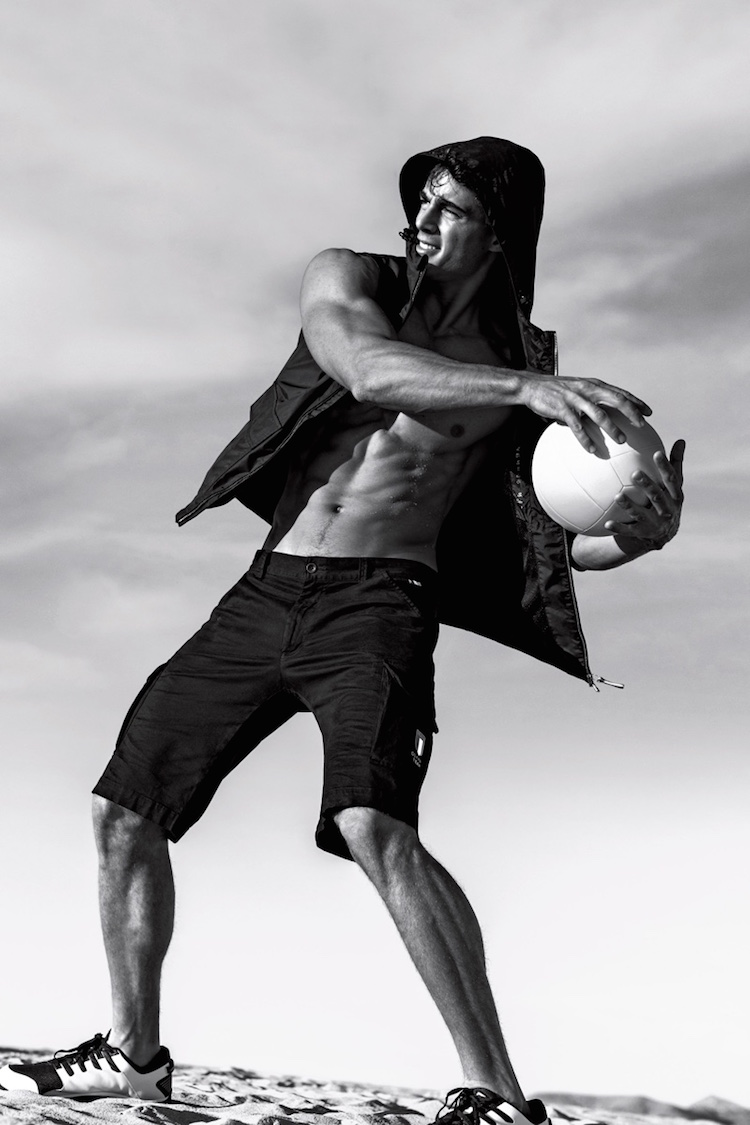 Each Armani Kit Will Include: 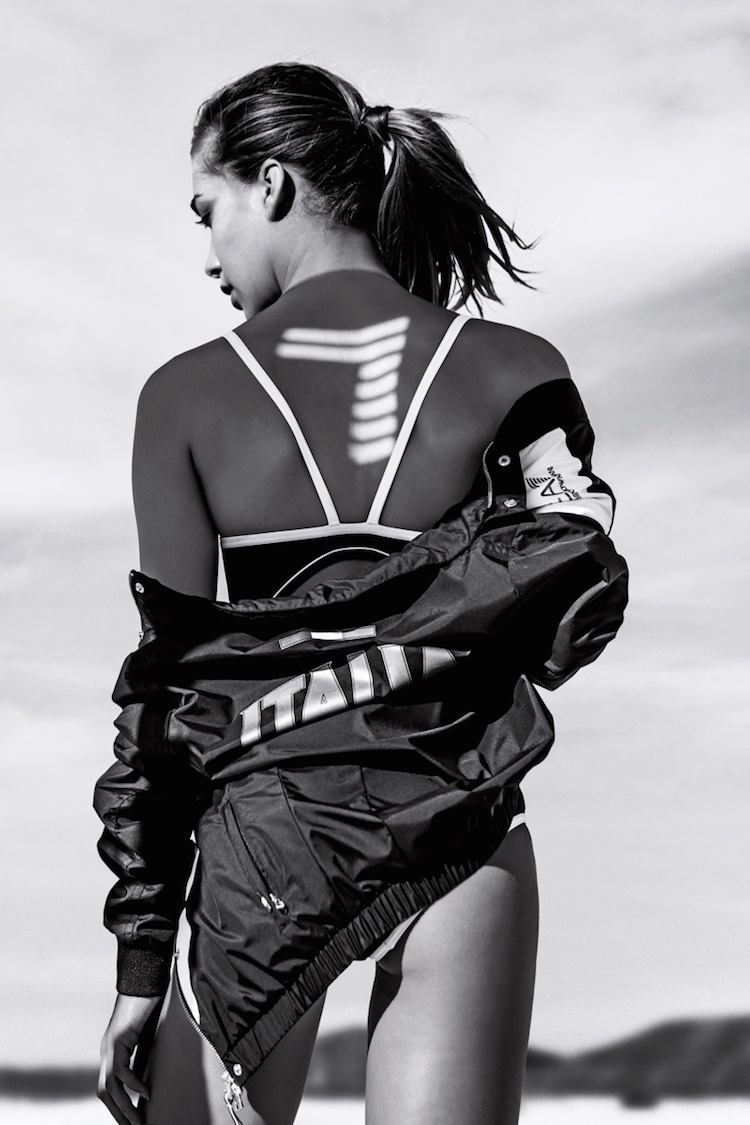 Gedebe Accessories: the Artistry of Crystals and Embroidery